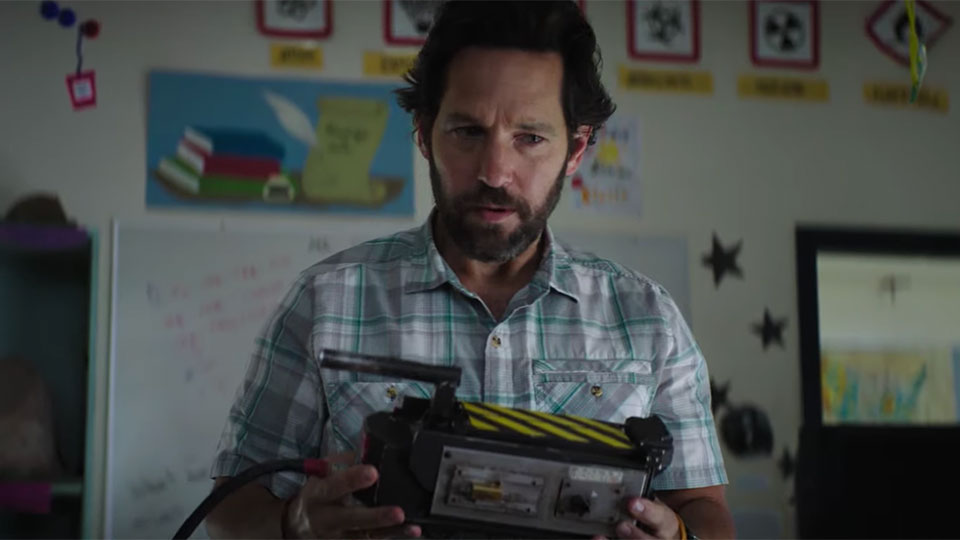 The first trailer has arrived for Ghostbusters: Afterlife and the connection to the original iconic movies has been revealed.

The new adventure focuses on the daughter of Egon Spengler and her two kids who move into his old home following his death. Upon arrival they witness strange occurrences as the town experiences tremors.

The details of the movie have been kept top secret until now. It stars Carrie Coon (The Leftovers), Paul Rudd (Ant-Man), Finn Wolfhard (Stranger Things) and Mckenna Grace (Captain Marvel).

The trailer has plenty of throwbacks to the original movies and there’s even footage of the four original Ghostbusters in there. It’s rumoured that some of the original stars including Bill Murray and Sigourney Weaver will be part of the film but you don’t see any glimpses of them reprising their roles in this trailer.

The trailer arrives hot-on-the-heels of the teaser poster, which was released on Friday.

Ghostbusters: Afterlife is directed by Jason Reitman who wrote it with Gil Kenan, and produced by Ivan Reitman. The film arrives in cinemas in 2020.