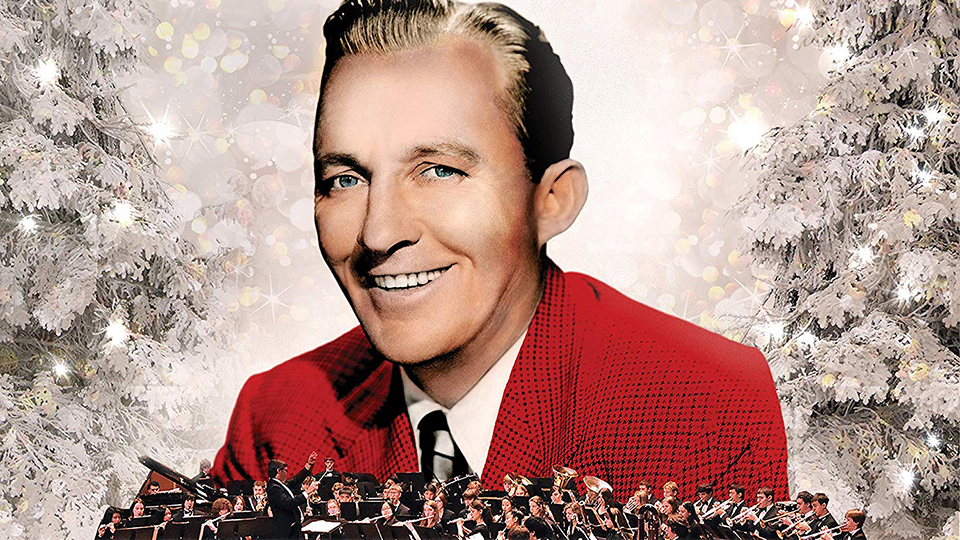 Bing Crosby was one of the world’s most-loved entertainers. His work spanned music, comedy and acting, and his Christmas recordings are considered to be amongst the best for this time of year. Having died in 1977, Bing’s work has continued to be celebrated and showcased allowing his legacy to carry on as he’s discovered by new generations. New album Bing At Christmas takes Bing’s original vocals from 14 Christmas recordings and sets them to new arrangements by The London Symphony Orchestra.

These kinds of projects are becoming common place now with late artists such as Roy Orbison and Elvis Presley being given similar treatment over the past few years. The idea behind it is a nice one as it allows these classic songs to be heard in a new and fresh way, in a quality that’s often vastly superior to the recordings already available. Produced by Nick Patrick, and with the involvement of Bing’s family, Bing At Christmas is a timely celebration of the iconic star’s impact on Christmas music. His version of White Christmas has sold more than 50 million copies worldwide and amassed more than 1.8 billion streams.

The album opens with It’s Beginning to Look a Lot Like Christmas and the bombast of The London Symphony Orchestra makes an immediate impression. Their musicianship is already well-known to be incredible and they bring these classic songs to life fantastically. I’d heard some complaints about the vocal mix throughout the record but to my ear, and especially on vinyl, Bing’s voice sounds crystal clear. It’s hard to imagine that he’d have any issue with these new arrangements if he were still alive today.

All of the songs you’d want to hear from Bing during the festive season are here. The magical Sleigh Ride is an early highlight while the dreamy I’ll Be Home For Christmas has never sounded better. Have Yourself a Merry Little Christmas, one of the best Christmas songs in existence, always sounds so wonderful in Bing’s hands and this new arrangement brings the light and joy out in the song. The same can be said of The Christmas Song, which features swirling instrumentation that lifts Bing’s voice and ensures it’s always the focus. The whimsical Winter Wonderland is another highlight before the album comes to a close with a solo version of the iconic White Christmas.

My one complaint about Bing At Christmas is the inclusion of modern guest artists. I get why the likes of The Puppini Sisters, The Tenors and Pentatonix are included here but the album really didn’t need them. Bing on his own is enough to pull people in and when you add The London Symphony Orchestra, everything after is just an unnecessary distraction. There’s nothing wrong with any of those songs but you can’t beat Bing singing on his own really can you?

Bing At Christmas is a chance to celebrate a star who has become synonymous with Christmas. These new recordings sound fresh and they will help to ensure that his legacy continues to live on for many years to come. There’s not a bad track across the 14 included here and producer Nick Patrick has done a superb job. They might not better the originals but they at least give us beautifully orchestrated new arrangements that remind us just how wonderful an entertainer Bing Crosby was.

Advertisement. Scroll to continue reading.
In this article:Bing Crosby, The London Symphony Orchestra