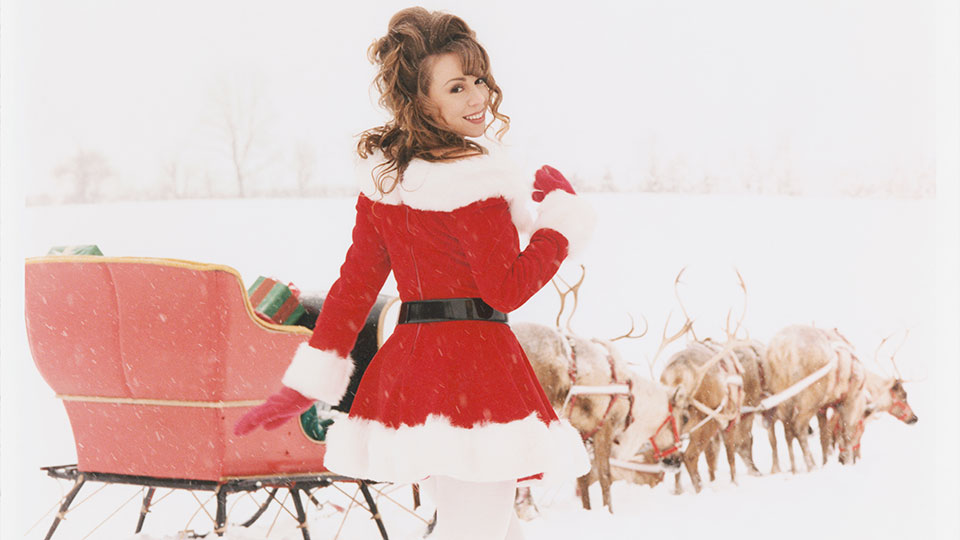 We’re only two weeks away from Christmas and one of the best things about the season is the wealth of Christmas music on offer.

An important part of every festive season, a good Christmas soundtrack can help create lots of fantastic memories and also put a smile on your face. With more and more artists releasing Christmas albums every year, there’s a ton to choose from.

We’ve rounded up 10 of the best including new releases for 2019 and some favourites from over the years. Find out who made our list…

It’s the 25th anniversary of Mariah Carey’s iconic album Merry Christmas and this year she’s pushing to finally get All I Want For Christmas Is You to number one. She is the Queen of Christmas after all! At the moment it’s in the Top 10 in the UK and the Top 3 in the US so all the signs are looking good. This new version of the album features Christmas tracks from her second Christmas album Merry Christmas II You along with live versions, remixes and unreleased material.

You can’t beat a bit of Bing Crosby at Christmas can you? He’s one of the most recognisable voices in Christmas music and his version of White Christmas remains the ultimate one. Bing At Christmas sees many of his classic Christmas recordings reimagined with the help of the London Symphony Orchestra. The vinyl edition is the ultimate version and the best way to experience this album.

With Frozen 2 riding high at the box office, it’s no surprise that star Idina Menzel is maximising the opportunity with the release of a Christmas album. Christmas: A Season of Love is Menzel’s second Christmas album following 2014’s Holiday Wishes and it features collaborations with Billy Porter, Josh Gad, Ariana Grande and her husband Aaron Lohr.

Buy Christmas: A Season of Love

It has to happen eventually didn’t it? Robbie previously owned Christmas back in 2001 with Swing When You’re Winning but now he’s done a proper Christmas album. A mix of original songs and covers, The Christmas Present features guests such as Tyson Fury, Rod Stewart, Jamie Cullum, Helene Fischer and Bryan Adams. Robbie puts his own unique spin on the season and even those Christmas Grinches out there will find something to enjoy.

He may be a little cheesy but there’s no denying that the nation loves John Barrowman. A staple on our TV screens and on stage, Barrowman is embracing the holiday season with his collection of festive covers. This one is perfect for your Gran or your Mum so make sure you get a copy to put in their Christmas Stocking!

Country singer Brett Eldredge released one of the best Christmas albums of all time in 2016 with Glow. Mixing original material with covers, the album was given the Deluxe treatment in 2018 adding even more festive joy in the mix. Eldredge now tours the album in the US in the run-up to Christmas and fingers crossed he’ll bring it to the UK one day.

7. Gwen Stefani – You Make It Feel Like Christmas (Deluxe Edition)

Gwen Stefani’s foray into Christmas music is one of the most under-rated on this list. Bringing a 50s and 60s vibe to the table, Stefani crafted the stellar title track with boyfriend Blake Shelton, which should have been a huge hit. The original material is the highlight on this record with Christmas Eve, Cheer for the Elves and Secret Santa stand out moments. Originally released in 2017, the Deluxe Edition arrived in 2018.

Buy You Make It Feel Like Christmas (Deluxe Edition)

Unleashed in 2013, Wrapped in Red was a decent hit for Kelly Clarkson. Her original song Underneath the Tree still gets played every Christmas and there are some truly wonderful moments on here. Kelly can pretty much sing the phone book so hearing her wrap her tonsils around Have Yourself a Merry Little Christmas and Blue Christmas is a real treat.

In 2016 Kylie released the Snow Queen Edition of her 2015 Kylie Christmas album and it featured plenty of new tracks including a captivating cover of Rozalla’s dance hit Everybody’s Free (To Feel Good) and a nice version of East 17’s classic Stay Another Day. The album should have done a lot better commercially than it did but it still picks up sales every year!

Released in 2011 with a Deluxe Edition following in 2012, Michael Bublé’s Christmas album is one of the most iconic records of the last decade. It’s sold over 12 million copies across the world and it re-enters the Top 10 every December. There’s something about the star’s incredible voice and Christmas music that just goes so well together.

Which Christmas albums will you be listening to this year? Tweet us @entfocusmusic!