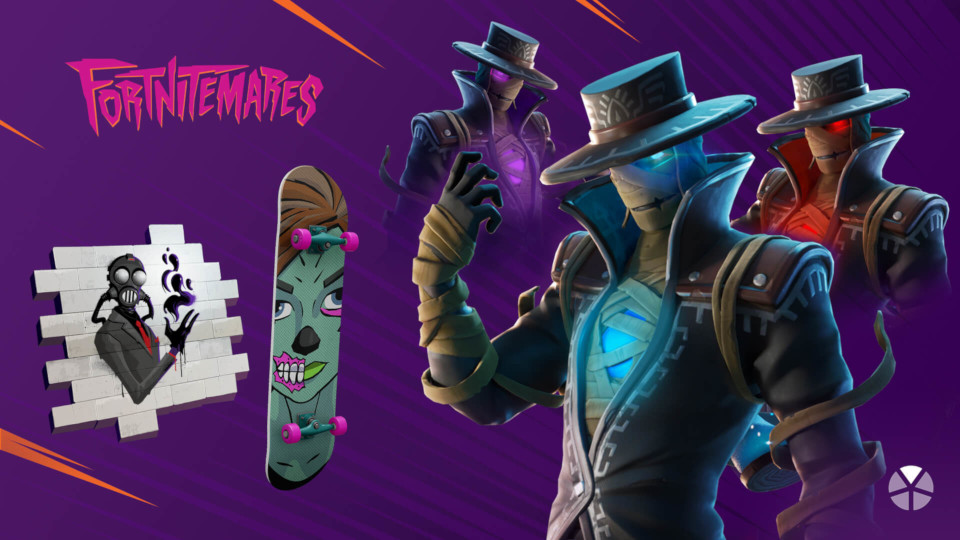 Halloween has returned to the world of Fortnite and this year’s event sees the arrival of The Storm King who is one of the baddies from the often forgotten Fortnite original mode Save the World. The Storm King has made his home in the centre of the battle royale map and it should be fairly easy to spot as the entire island has turned purple.

If you want to take on The Storm King then first off you’ll need to gather some buddies together as you’re not going to take him down on your own. Once your team is assembled head to the LTM where you’ll be transported to The Storm King’s island.

View the Fortnitemares trailer below:

Players will also encounter hordes of undead on the map. They will be spawning from the centre of the Isle of Storms and will keep on coming until the source of the zombie horde as been destroyed. You’ll also be able to try out the community-made Mansion of Power mode. Mansion of Power is a free for all and the first player to get five eliminations will be crowned the winner.

Details of the Fortnitemares challenges have also been made available:

For more information head over the official Fortnite webpage.

In this article:Epic Games, Fortnite