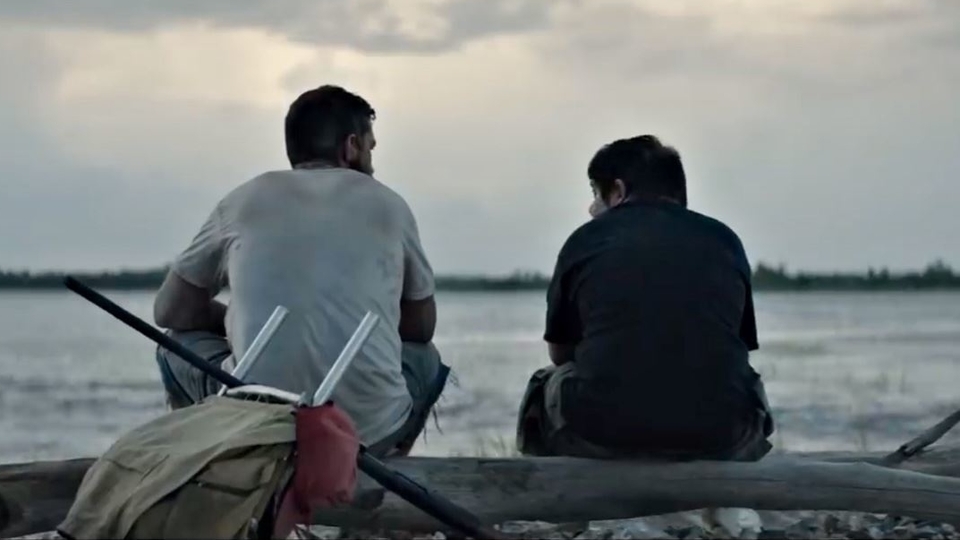 The Peanut Butter Falcon is one of the best feel-good films of the year, and is out now. To coincide with the theatrical launch, the official soundtrack to the movie has just been released too and it’s a great collection of music that does the film proud.

To give you some context of the film (if you haven’t seen it yet), the story revolves around 2 characters – Shia LaBeouf plays Tyler as a small-time outlaw turned unlikely coach who joins forces with Zak (Zack Gottsagen), a young man with Down Syndrome on the run from a nursing home with the dream of becoming a professional wrestler. Dakota Johnson co-stars as Zak’s loving carer-worker who is trying to track him down before the authorities realise he’s gone.

Check out our 5 star review of The Peanut Butter Falcon

Read our interviews with The Peanut Butter Falcon trio of writer/directors Tyler Nilson & Michael Schwartz along with star Zack Gottsagen.

The soundtrack is an emotive collection that really transports you to the locations of the film. A folk and bluegrass tinged trip into an Americana of yesteryear, The Peanut Butter Falcon soundtrack does a wonderful job conjuring some apt visuals in the mind, whether you’ve seen the film or not. This Huck-Finn style story has a natural balance and flow to it, and this collection of score, song and incidental music brings a very real sense of identity and purpose, taking the listener on their very own adventure.

Kicking things off with Cold Open, Clean Up Your Act Tyler – Flashback and Crab Trap Beat Down, the music by Zach Dawes, Jonathan Sadoff, Noam Pikelny and Gabe Witcher sets a strong motif for the tone of this whole album. There’s a real sense of adventure and trepidation in every piece of music. Uncloudy Day by The Staple Singers is the first track to feature vocals and acts as the first marker of this story unfolding onscreen, with Zak and Tyler’s journey just beginning.

On The Water – Boat Chase and On The Water – Coast Is Clear follow on and add the requisite drama of the scenes that these relate to in the film. Coast is Clear in particular has a real sense of excitement for the unknown path ahead. Travelling Theme is just that, the theme that you will mkost associate with the movie when all is said and done. It’s a worthy theme for a human interest story and hits the emotional highs that the script succeeds in visualising.

There’s whimsy in the air with What Is Your Name – Elanore Canvasing, and if banjos are your thing then You Led Me To The Wrong by Ola Belle Reed is just the ticket. Ola Belle Reed also provide the next track, titled Where The Wild, Wild Flowers Grow. Tyler Teaches Zak To Swim is another marker for the narrative and you can hear the shift in tone as the two central character’s friendship develops into a bond, and a code of honour.

Whippoorwills by Chance McCoy is a catchy ditty and My Heart Keeps Singing / Baptism is the next marker that tells a pivotal (and very humerous) chapter in Zak and Tyler’s journey. Give You All The Wishes – Flashback and Love Me In Kind have a melancholic tinge even though they are optimism pieces of music at their core. The Peanut Butter Falcon Emerges is the headline track for Zak’s characters arc and its dutifully imperious. Canvassing and Bad Boys continue the story on, before my personal favourite track on the album arrives. The Stable Song by Gregory Alan Isakov with The Colorado Symphony is a beautifully constructed and emotionally driven piece that will always raise your spirits with hope.

Hold Up Tyler – Bad Boys gives more weight to the danger element of the film before This Heartache by The Time Jumpers brings you back with some classic country Americana. Wrestling Theme evokes all of those classic WWF entrances from back in the 80s and 90s before Atomic Throw arrives to give the film its big win. Running For So Long (House A Home) by Parker Ainsworth/Butch Walker/Paris Jackson/Jessie Payo is probably the most recognisable track in the collection and ends the movie quite perfectly. Long Hot Summer Days by Sara Watkins brings things to a close with a piece of music that made me reminisce about The Dukes of Hazzard.

The Peanut Butter Falcon soundtrack is a wonderful collection of songs that does this film proud. It’s a life-affirming and positive collection, and that seems like a rare thing in these harsh, cynical times. Allow the music to wash over you and you’ll be transported to a simpler life and one that will leave a gentle smile on your face as you look to the future with optimism.