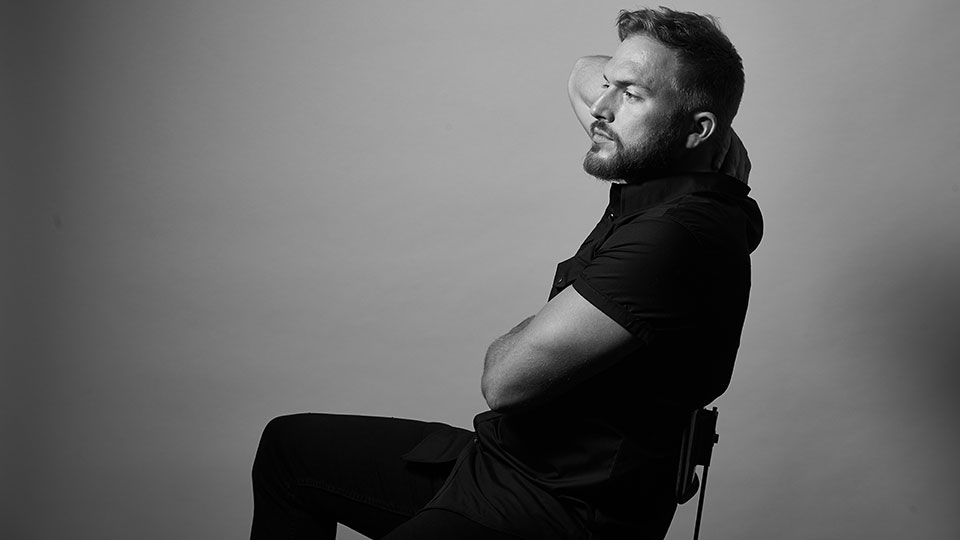 Kansas singer-songwriter Logan Mize has had a tough week. In the midst of his headline UK tour, which is also part of Country Music Week, Mize lost his voice and had to cancel on of the shows. After an evening of rest and medication, Mize returned to the stage on Wednesday night to resume his tour. Last night he and his band arrived in London to play a headline set at Bush Hall in London.

As Mize opened his set shortly after 9.30pm with new single I Ain’t Gotta Grow Up, all eyes were on what he would sound like. Honestly, if I hadn’t known he’d been having vocal issues this week I wouldn’t have known that anything was wrong. His voice sounded clear and strong, and I Ain’t Gotta Grow Up was the perfect way to kick off the set. The upbeat party track definitely hooked the busy crowd and it paved the way for an evening of fantastic music.

Over his 14-song set, Mize proved that he knows his way around a catchy hook and melody. His songs capture the true spirit of the genre, telling intimate stories and sharing vignettes from his life. The feel-good Somebody to Thank was an early standout whilst Thinking About You, taken from Mize’s From the Vault EP, was given an energetic performance. Used Up showed off Mize’s rockier side and his cover of The Chainsmokers and Coldplay hit Something Just Like This was a big hit with the audience.

Elsewhere in the set Mize relived his youth on the brilliant Boys From Back Home, wrapped his vocals around the ballad Ain’t Always Pretty, and he picked the tempo up again with the 90s rock feel of Thank God For You. Better Off Gone, his recent single, got one of the biggest reactions of the night with the crowd singing all the words and letting their hair down.

As the set hurtled towards the end Mize sang the infectious Can’t Get Away From a Good time before thanking the audience and leaving the stage. Within minutes he was back for an encore as the audience chanted and cheered for another song. For his final song of the night, Mize selected Come Back Road track Bands Make Her Dance, a song that perfectly combines Country and rock. It was a strong end to a night that was packed with highlights.

My only complaint is, and this was really nothing to do with Mize at all, that the sound mix was a little off for the first couple of songs. The band was so loud that it was difficult to make out everything Mize was singing and saying. That was rectified fairly quickly and once the mix improved, you could hear Mize crystal clear.

Last night was my first time seeing Logan Mize live and I can say with certainty that it won’t be my last. A warm presence on stage, Mize really does have a strong catalogue of songs and they sound even better live. I was so pleased for him that he battled on through vocal issues this week and that perseverance paid off with the London crowd bringing their A game and showing their appreciation frequently. I’m pretty sure he gained a fair few new fans too!