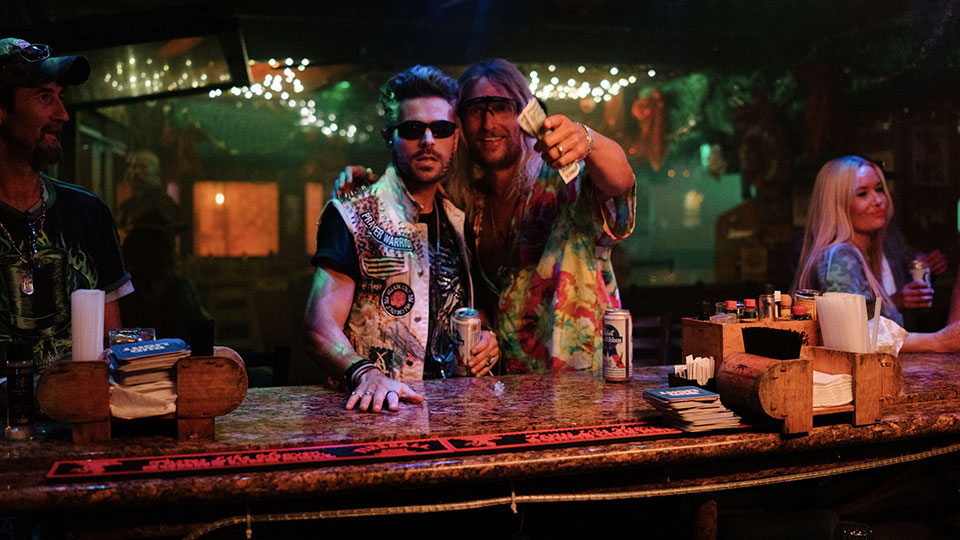 Moondog (Matthew McConaughey) is a chilled-out stoner that spends his days getting high and having sex with women. Called back home by his rich wife Minnie (Isla Fisher) who is having an affair with his best friend Lingerie (Snoop Dogg), for the wedding of their daughter Heather (Stefania LaVie Owen). Moondog returns home and when tragedy strikes, he’s shipped off to rehab to clean up his act and work on his latest book.

To say the plot of The Beach Bum is loose would be an understatement. It’s so thin that there’s not a great deal that strings the scenes together. The best way to describe it is that it’s like watching people getting stoned, partying and behaving outrageously for 97 minutes. Everything hangs around Matthew McConaughey’s performance, which may or may not be that far away from what the actor is supposed to be like in real life. We all remember the naked bongo-playing incident, right?

While McConaughey is watchable, this does seem like an odd role choice for him given that he’s been picking up plaudits for tackling more serious roles. The performance is very one note and there’s absolutely no layers to Moondog at all. McConaughey is basically required to behave like he’s constantly stoned while drifting from one random encounter to the next. Even if you’re a big fan of McConaughey, this film is likely to test your loyalty to him.

The Beach Bum features a strong cast – Isla Fisher, Jonah Hill, Martin Lawrence, Zac Efron to name a few – but all of them are under-utilised. In part that’s due to the one-dimensional characters they are portraying as the writing is quite weak. Jonah Hill is actually pretty awful in the film, struggling to get to grips with a Southern accent and frequently being very OTT. As for Zac Efron, blink and you may well miss him.

Part of the film’s problem is that you don’t really care about Moondog because he never rises above being a stereotype. There’s no emotional connection to the character and his actions and behaviour seems constantly at odds with what the film is trying to make you feel. When you have a central character that you don’t care for, surrounded by poorly under-written characters, the end result is just a bit boring.

The Beach Bum is sadly just not a very good film. It should have been, and could have been, so much better than it is. Perhaps if you join Moondog and the majority of characters in the film by getting stoned, you may appreciate it more than I managed. I was really expecting a fun, light-hearted comedy but sadly the film is a miss.