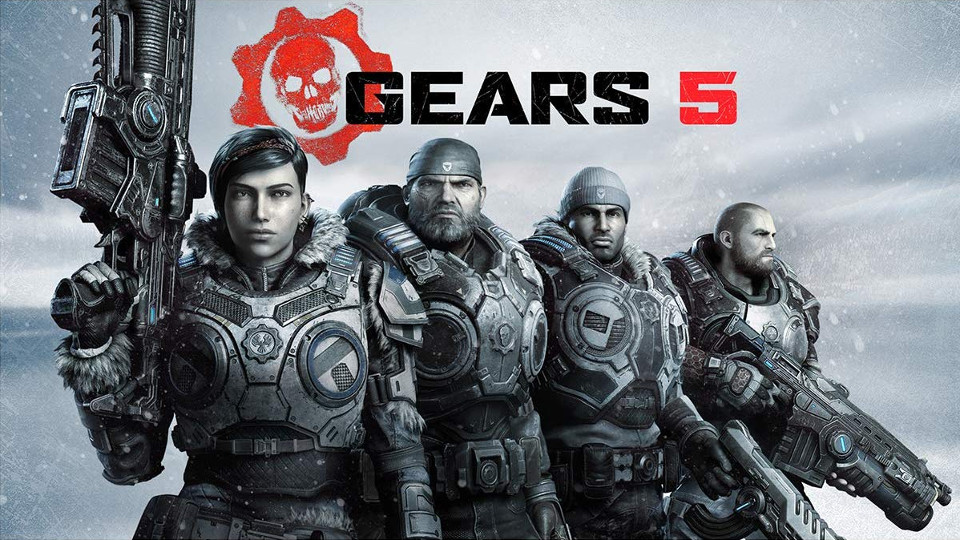 Gears of War is probably the manliest series ever made. Oddly, it managed to have a touching story that kept you invested. Ditching the brawny guys for a female this time, let’s see how The Coalition did.

After the events of Gears of War 4, Delta Squad is reinstated back into the COG army and the outsider, Kait, joins them. At the behest of Baird, Delta Squad is on the way to bring a satellite online to utilise the powerful Hammer of Dawn. Unfortunately, this one satellite won’t do and the team race off in search of the rest. Kait is also trying to piece together her past and the link between her and the Locust horde.

Watch the Gears 5 launch trailer below:

Gears of War 4 was a solid entry in the franchise but it suffered with some odd pacing. One of the biggest issues I had with it was the finale and the way it shifted focus to Kait. She was a character I didn’t care about and seeing her as the focus for the next title was disappointing. Gears 5 may open like a traditional Gears game but once you control Kait things change. As Kait, you are trying to get the satellites back online whilst tracking down memories of her past. On this front, the game does a wonderful job. Kait is more interesting this time around and her backstory is gripping.

The game also tries to focus on the ever growing plot and this is where it doesn’t quite hit the mark. It lacks the bombastic moments the previous titles had and it seems to struggle balancing the two plotlines. Kait’s story is resolved quickly but the main plot comes in so late, it’s over before you know it. There is a decision to make at the end but you aren’t given enough time to take it in the moment, or see the repercussions. The cast are as solid as ever, Kait and Del make a good team and Marcus Fenix is as gruff as ever. Overall, it was better than I was expecting.

The combat remains mostly unchanged. The heavy rolls and “Roadie Runs” make a return. The cover system works as well as ever and the enemies are still fun to take down. Gears 5 adds in a couple of new systems, starting with Jack. Jack is your robot companion and has access to several abilities. These range from temporary health increases for the squad, invisibility, a shield and more. He’s fairly useful in a fight by himself but using his abilities is essential for higher difficulties. It’s fluid and works perfectly.

The biggest change is the open world segments. This is where The Coalition shine as they strike a perfect balance between extra content and not bogging the game down. There are only two open maps and they have around half a dozen explorable locations with up to three side missions in each and that’s all it needs. The side content isn’t deep but it’s enough and easily skipped. The main reason to explore is for upgrades for Jack. I was initially worried that Gears 5 would be another game that has a crafting system rammed into it but Gears 5 uses a single item for upgrades. Thank you, The Coalition, you guys get it. This is going to rub some people the wrong way but I think it’s excellent. I wish the side quests were a little more in-depth, something the sequel should focus on. Getting around these locations is easy with the Skiff, a snowmobile with a giant parachute that cuts through the wind. Sliding above the icy waters or skimming through red sand feels awesome. Gears 5 refines the shooting and adds in these extra gameplay features, without sacrificing the series standard systems.

View some Gears 5 screenshots in our gallery:

Gears of War 4 used Unreal Engine 4 masterfully and Gears 5 improves on it in every way. The most striking visual feature is without doubt, the incredible real-time cutscenes. These are jaw-dropping and showcase what we can expect from the next generation of consoles. It’s no slouch in-game as well. The Xbox One X targets 4K 60FPS and does a great job in doing so. The dynamic resolution is smoothed by a great upscaling method and the framerate is stable throughout. The Coalition have done a fantastic job with HDR, further improving this great feature. In short, it’s stunning. The voice acting is great across the board and Laura Bailey yet again proves she’s one of the best actresses in the business, as Kait. The soundtrack is pretty solid throughout, reusing old themes well.

Despite my worries, The Coalition have done a great job. The plot isn’t as strong as the previous titles but it’s good enough. The combat is as great as ever and the new features work well and as expected the game looks amazing. This is a good direction for the series, hopefully The Coalition can iron out the small issues for the sequel. Which better be titled Gears of War 6!

To see what we thought of the multiplayer, check out our Gears 5 multiplayer review.