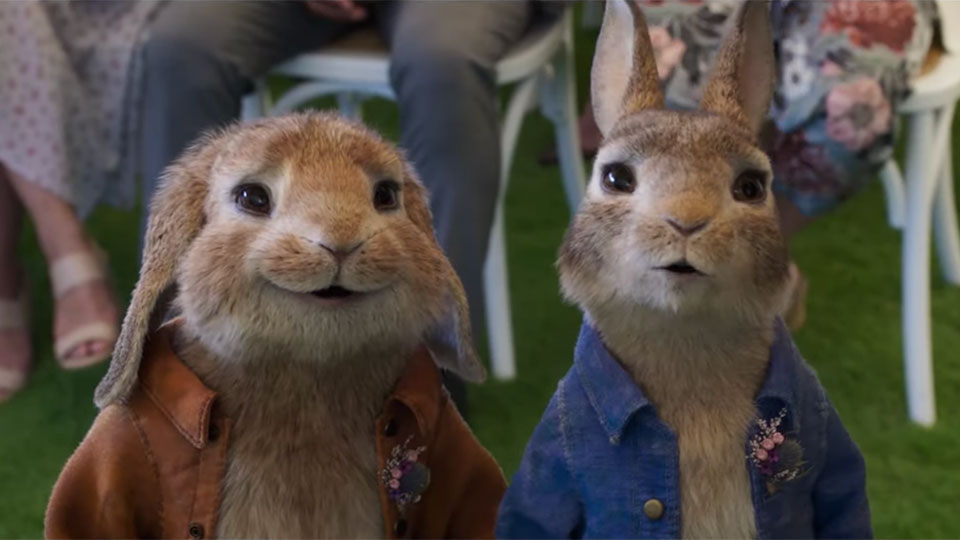 The teaser trailer has arrived for Peter Rabbit 2 and it looks super cute!

The sequel stars Rose Byrne, Domhnall Gleeson, David Oyelowo, Elizabeth Debicki, Margot Robbie and James Corden as Peter Rabbit, and is directed by Will Gluck. Watch the trailer below:

In Peter Rabbit 2, the lovable rogue is back. Bea, Thomas, and the rabbits have created a makeshift family, but despite his best efforts, Peter can’t seem to shake his mischievous reputation.

Adventuring out of the garden, Peter finds himself in a world where his mischief is appreciated, but when his family risks everything to come looking for him, Peter must figure out what kind of bunny he wants to be.

The sequel, which arrives at cinemas in March 2020, has also unveiled a teaser poster.

The original film was released in 2018 and grossed more than $351.2 million at the global box office.