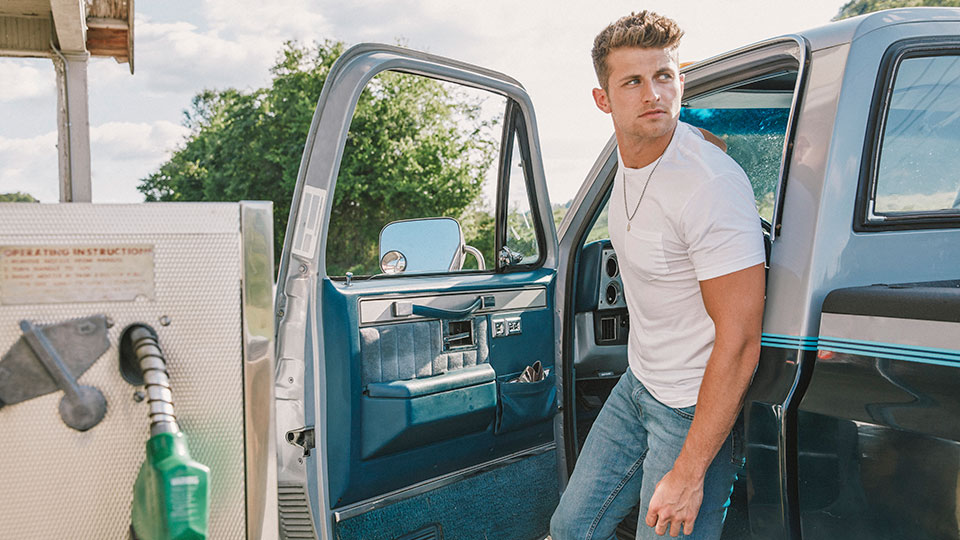 Big Loud Records’ rising star Sean Stemaly has released the official music video for his new song Back on a Backroad.

The video was shot in Nashville, TN and directed by Justin Clough. The clip follows a hard-working lead, antsy with his dead-end 9-to-5. Eventually, he tosses his coffee, loosens his tie and leaves work to hit the local car garage and unwind, heading back out to the backroads that re-connect him with his roots.

In between scenes, Stemaly is seen tuning up a vintage “two tone, two ton, too clean Chevy,” and driving with his buddy through the countryside to an all-night bonfire with friends, just as he did growing up in the river-bottom fields of Southern Indiana.

Stemaly is currently on a supporting run with label mate Hardy on SiriusXM’s The Highway Finds Tour.

The singer was born in Western Kentucky and raised in the river-bottom fields of Southern Indiana. He taught himself to sing over endless days in the cab of a Case IH 9370 tractor inspired by Brooks & Dunn, George Strait, Alan Jackson and Jason Aldean.

Advertisement. Scroll to continue reading.
In this article:Sean Stemaly