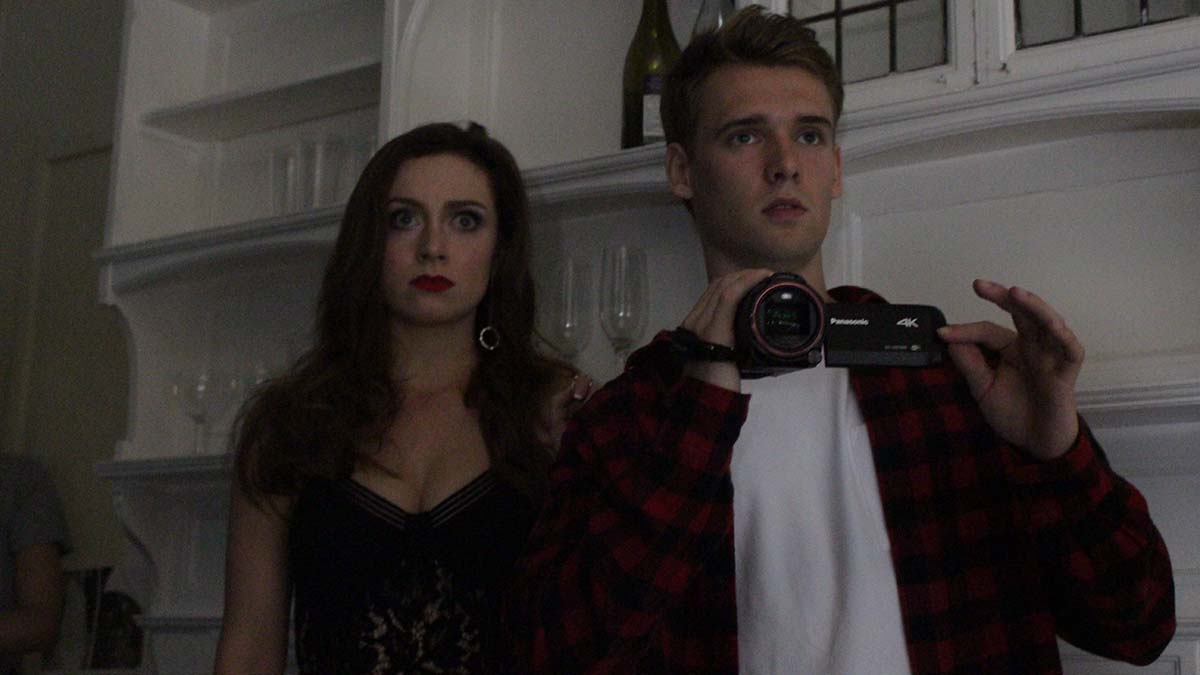 Influencer Jonty (Harry Jarvis) moves into a shared student house with Zauna (Loreece Harrison), Pete (Daniel Cahill) and Amber (Erin Austen). Very different personalities, they don’t immediately gel but when they suspect that their house may be haunted, the four come together in search of fame and fortune. As they share their exploits on social media, their likes rapidly begin to increase and they attract the attention of sponsors. Jonty and Zauna clash over the direction of the narrative they are putting out, while Pete and Amber are more reluctant to exploit their potentially haunted house. As the situation escalates, the four get locked in a battle of greed versus common sense.

‘Followers’ is a film written and directed by the late Marcus Harben. With its eye firmly on the impact and power of the modern day social media influencer, the film aims to comment on how influencers will stop at nothing to feed their insatiable appetite for likes and approval. While most people would immediately leave a house they suspected to be haunted, Jonty and his new friends double down on their plot to prove that ghosts exist so that they can capitalise on their fast-growing social media following. Their increasing popularity draws the attention of therapist of wannabe influencer Becky Dubar (Nina Wadia), who hopes to collaborate with them to boost her own following.

The concept is an interesting one and it’s very similar to FrightFest 2019 hit ‘Death of a Vlogger’, although it’s never as creative or clever as that film. The first half of the film builds nicely as the film keeps the audience guessing as to whether what they’re watching is a genuine haunting or if Jonty is pranking his housemates in order to boost his social following. The film begins to falter in the second half when common sense goes out of the window and the story begins to fall apart, leading to a climax that makes little sense and doesn’t deliver on the promise that came before.

It’s a real shame because the talented young cast is excellent. Harry Jarvis is an actor that is very much on the rise and he’s perfect as the cocky Jonty, but the film doesn’t enable him to fully utilise his talents. The same can be said for Loreece Harrison, Daniel Cahill and Erin Austen, who are all very believable in their roles but not really given enough to work with. We never really get to know any of these characters and there’s only so far your sympathy will extend to a bunch of self-serving influencers.

‘Followers’ had real potential but sadly it never realises its potential. A more cohesive story and a tighter unravelling of the plot would definitely have benefited the film. It’s the climax that ultimately lets the film down though, undoing all of the build-up that came before and leaving you shrugging your shoulders as the credits arrive. I admire what Harben was trying to do here but sadly an under-developed story makes this a film that you can afford to miss.