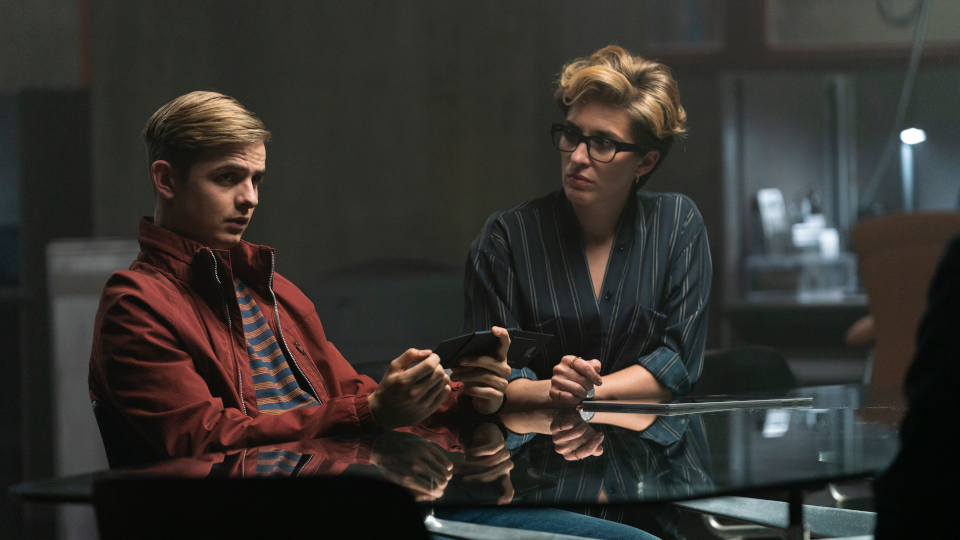 The Alex Rider books, by Anthony Horowitz, have been selling across the globe for over 20 years and have sold almost 20 million copies in total. The books are spy thrillers that follow the escapades of teenage spy Alex Rider as he travels the globe thwarting evildoers. The first book, Stormbreaker, was adapted for film way back in 2006 so it’s been a long time since we saw Alex Rider on our screens.

Eleventh Hour Films and Sony Pictures Television have teamed up to turn Alex Rider into a TV series and have just released a trailer and some stills from filming. The books are aimed at teens and young adults but you’ll see from the trailer that the TV series has been aged up slightly and should appeal to a slightly broader audience.

Starring Otto Farrant as Rider, the trailer shows Alex’s progression from teenage London schoolboy to meeting his handler Mrs. Jones in The Department (a secret underworld offshoot of MI6) and embarking on his first undercover mission in the French Alps.

Otto Farrant, Alex Rider; “I’m so excited for audiences to see Alex Rider. Much like Alex, this adventure threw me completely into the deep end. There were so many new exciting challenges to conquer, starting at the top of a mountain and ending running through the backstreets of Bermondsey. I’m over the moon to be able to share this journey with audiences and fans everywhere.”

Anthony Horowitz, author of Alex Rider and Executive Producer; “I couldn’t be happier with this dramatization of my books. Otto Farrant is a superb Alex Rider, brilliantly supported by Brenock O’Connor as his best friend, Tom. The series really captures the essence of the novels and I’m certain Alex Rider fans – and brand-new audiences – are going to enjoy this amazing adventure.”

Jill Green and Eve Gutierrez Executive Producers, Eleventh Hour Films; “The process of making Alex Rider has been a joy, with a winning combination of an exceptionally talented and diverse cast, a top-level crew executing director Andreas Prochaska’s creative vision and truly gripping scripts by Guy Burt. We hope audiences will enjoy this contemporary take on a classic story.”

The cast also includes Brenock O’Connor (Game of Thrones, Living the Dream) as Tom, Ronkẹ Adékoluẹjo (Been So Long, Doctor Who) as Jack Starbright, Andrew Buchan (All the Money in the World, Broadchurch) as Ian Rider, Stephen Dillane (Game of Thrones, The Tunnel) as Alan Blunt, Vicky McClure (Line of Duty, This is England)  as Mrs Jones, Ace Bhatti (Line of Duty, Bohemian Rhapsody) as John Crawley and Marli Sui (Run, The Sopranos) as Kyra.