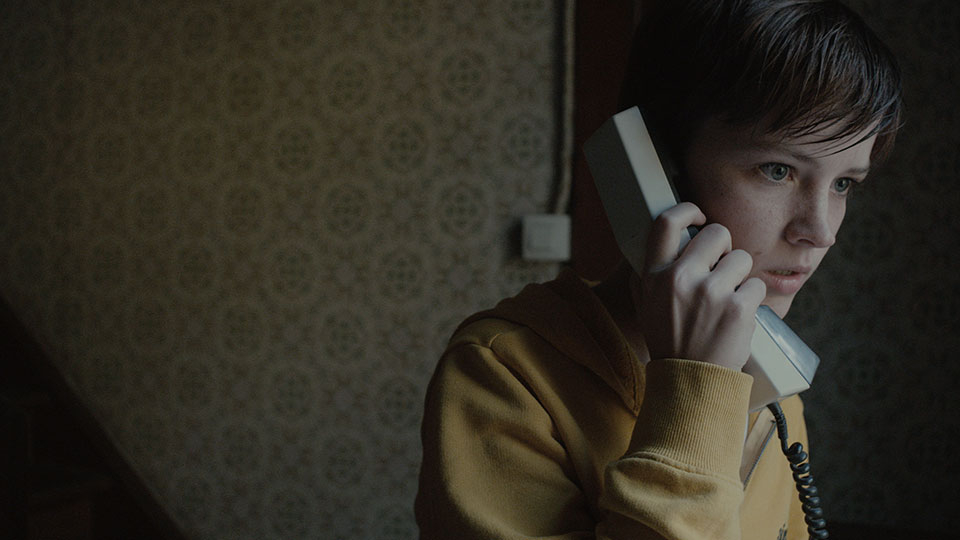 Lynn Van Royen is a Belgian actor who has starred in various series, including the fabulous Tabula Rasa (brought to us via Walter Presents) and season two of The Team – the Danish/German/Belgian joint production that featured Veerle Baetens in the first season (which was also shown on Walter Presents).

She rang me to chat about her latest (for the UK, at least) show, Hotel Beau Sejour – an intriguing whodunnit crossed with a ghost story, which is available on All 4 via Walter Presents now. The show was first broadcast in 2017 on Belgian channel, EEN, and has now been picked up by the Walter Presents team again! Seriously – where would we be without them?!

We start by talking about the critical success of the show – it won Lynn the Outstanding Actress in a Drama TV Series Award at the 2018 Monte Carlo TV Festival. But it seems that it’s not just the critics who are fans:

“Stephen King tweeted about it when it was aired on Netflix. That’s quite a thing for me,” says Lynn, calling from her home in Belgium. King said the show was “eccentric, brilliant and strangely touching”. And the great man is not wrong – it’s a very moving show, not least because Lynn’s character – Kato (pronounced cat-tour, I discovered) – is a ghost. However, Lynn said it didn’t necessary feel that way.

“For me, it didn’t feel like I was playing a ghost. Kato was very much alive to the people she could interact with. It wasn’t like she could walk through walls or not pick up stuff – so in that sense, I didn’t feel I was playing a ghost. Rather I was playing a girl who didn’t realise the situation she was in. But I can imagine for the other actors, having to ignore me all the time was quite difficult.” And the role brought out her playful side. “After a while, I became so comfortable with being ignored, I found myself sitting next to them or standing near their desks – they didn’t know how to react!”.

In one particularly challenging scene, Kato’s mother – played by the fabulous Inge Paulussen – has to watch as her daughter’s body is lifted from a lake. And stood next to her is Kato’s ghost, unable to touch or speak to her mother. It’s incredibly moving:
“We did that scene just once,” explains Lynn. “Inge was incredible. They gave us the situation – they’ve found the body and they’re lifting her out of the water. And they told us to just react. But I couldn’t console her or hold her, and she was not able to comfort me.”

Having been in both Hotel Beau Sejour and Tabula Rasa – both dark thrillers – I ask Lynn if she’s drawn to this type of drama.

“Not specifically, no – I’ve just finished a remake of a Dutch series which is lighter and funny. I like to explore a range of emotions! But I’m drawn to the darker shows because they give you something more to play with.”

She certainly likes to absorb herself into her roles. Kato is a moto-cross rider, so Lynn learned to ride a motorcycle to ensure that things looked authentic.

“I learned how to ride a bike properly for the role. I hate it when you can see that the actor can’t play the piano or ride the motorcycle and they have to use doubles. There’s a scene when Kato is riding her bike and I take off my helmet, and you can see it was me. There were some things I couldn’t do for insurance reasons, though, of course. But wherever possible, I like to give it a go!”

Acting started out as a hobby for Lynn (along with playing classic guitar). “When I was about 17, I had to make a choice of what I was going to do. My teacher suggested I consider acting, and I thought – yeah, I could do that! So it wasn’t that I knew I wanted to act from a young age or anything. That’s not who I am – I’m not a Table Jumper!” I must confess, at this juncture, I had no clue what a “table jumper” was – turns out it’s a Belgian expression for someone who seeks attention. It makes sense when you think about it!

There’s plenty more to come from Lynn. She has a small part in The Twelve, another Belgian thriller. She also hinted at another production that will see her come to London soon. And she’s about to embark on some theatre work. On the night of our chat, Lynn was taking part in the premier of a play that will be touring Flanders. “It’s about an outsider artist called Henry Darger. It’s a really cool play about the artist himself, but also about neglect and how that shapes you as a person. We put that question to the audience. We don’t have the answers, but we talk about it and see what happens.”

Finally, I asked Lynn what she would do if she found herself to be invisible, like her character, Kato, for a day. Her answer will resonate with every other parent out there:
“I’d probably go spy on my kids! Not in a spying sort of way, you understand – but just to see how they get on at school and how they interact with other kids. It’d be great to be a fly on the wall – but not all the time!”

Hotel Beau Sejour is available now on All 4 via Walter Presents.