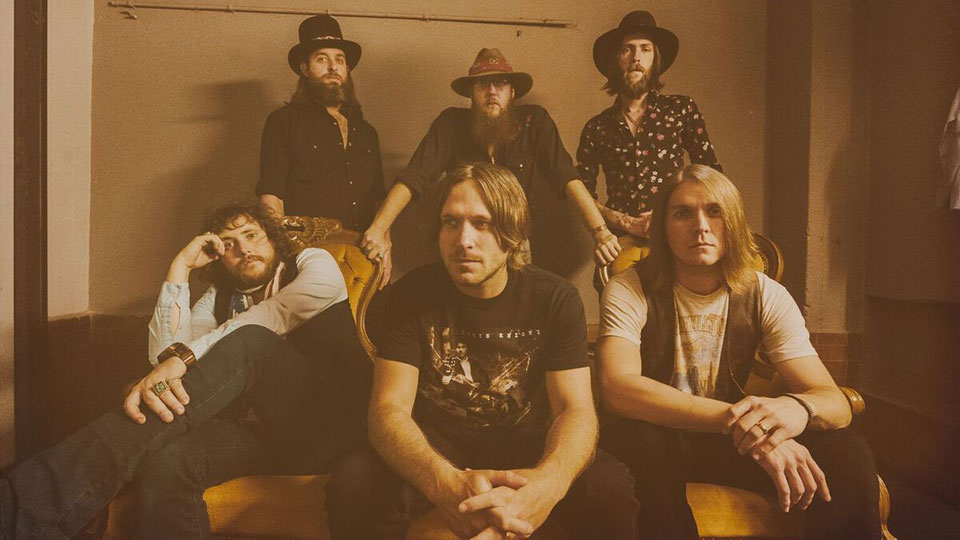 Texan Southern Rockers Whiskey Myers formed in 2007 and released their debut album Road of Life in 2008. With four studio albums under their belt, the band enjoyed a surge in popularity when their songs were featured in the hit Kevin Costner series Yellowstone. The exposure helped their most recent album Mud climb to number one and the song Stone hit the Top 10 on iTunes. Three years on from the release of Mud, the band is back with their fifth studio album, the self-titled collection Whiskey Myers.

The album opens with Die Rockin’ and the intro riff immediately brings to mind Chris Stapleton. Lead singer Cody Cannon’s vocals crash into the mix and the song transforms into a raucous call to arms. The clap-driven chorus is catchy and it’s a strong start to the record. The energy doesn’t let up for the first half of the album. The urgent Mona Lisa pulses by at a rapid pace, Bitch is a grungy piece of Country rock, and Gasoline sees Cannon really letting rip with his gruff vocals.

One of the highlights on the album is Bury My Bones, which sees the band shift gears. They show that they can do something a little more melodic and softer, and it’s a strong track. It has a really epic soundscape that you can imagine soundtracking a pivotal moment on an upcoming episode of Yellowstone.

Elsewhere on the record Houston Country Sky is a pure shot of traditional Country, California to Caroline sounds like a lost classic from the genre, and Running is a lighter moment that takes a break from the harder rock sound of much of the record. Kentucky Gold is another highlight that’s further down the album track listing. The stomping beat and Southern Gothic feel to the song makes it stand out from the pack and I think it’ll sound amazing live.

The acoustic Bad Weather brings the album to a close and it’s a low-key end to an otherwise high-energy record. It showcases Cody Tate’s vocals and the more restrained approach offers a nice contrast.

If you’re not familiar with Whiskey Myers yet then you should check them out, especially if you’re a fan of The Cadillac Three and Chris Stapleton. They have a rockier edge than Stapleton but would make a perfect touring companion for The Cadillac Three. While some of the songs on this album aren’t exactly reinventing the wheel, they are all jams you can rock out to and enjoy. What more could you want when the nights are drawing in?