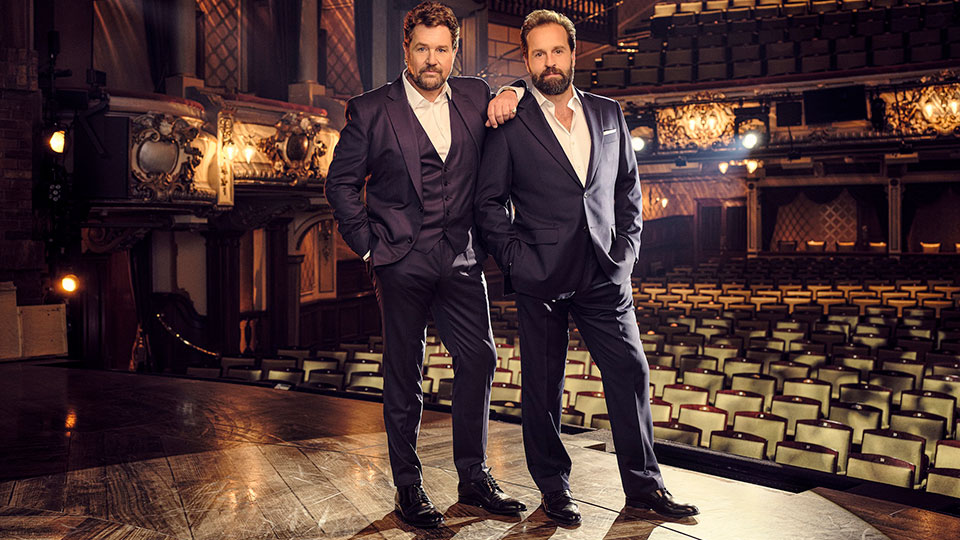 Michael Ball and Alfie Boe are releasing new album Back Together on 1st November 2019 on Decca Records.

The singers have been busy with hugely successful solo albums, sell-out tours and both currently starring in Les Misérables in the West End, but they’ve found time to collaborate once again. This is the third duets album they’ve recorded together.

Their debut Together became the UK’s best-selling album of 2016 and beat the likes of Little Mix and The Rolling Stones to the Christmas No.1 spot, and the follow-up Together Again brought the pair yet another No.1 album in 2017.

Details of the new album are for the moment being kept under wraps, but the pair are thrilled to be back in the studio together, doing what they love, and this can be heard in the results.

Speaking of the new album, Michael says, “I don’t think either Alfie or I knew that our getting together to do the thing we love most, making music, would be encouraged, embraced and enjoyed by so many people and yet here we go again with our third album! It’s been a labour of love and I’m thrilled with the result. Now I can’t wait to share it with everyone and then get out there to perform these new songs live. Bloody amazing!”

Alfie says, “It’s a huge pleasure to be working with my friend and collaborator on our third album already! Our albums are always a great opportunity to perform songs together that mean so much to us. It is wonderful to think that people might enjoy them as much as we love recording and performing them. And we couldn’t have done this new album without the support from our fans. This is a thank you to them too.”

Fans will be able to hear these newly-recorded tracks, and many more favourites, brought to life as the couple will embark upon a major arena tour across the country in 2020. Dates will be announced in due course.