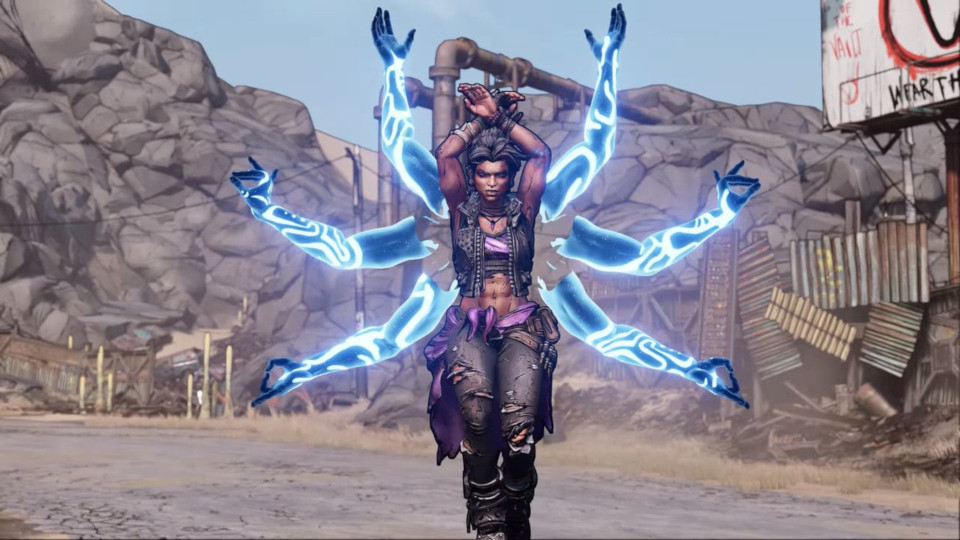 Amara the Siren is the third of four new vault hunters that will be joining the ranks of Borderlands 3 when it launches on 13th September. She joins Zane the Operative, Moze the Gunner and FL4l the Beastmaster.

2K describes her best “Amara the Siren is a well-renowned hero to the people, but Borderlands 3 is her chance to shine as a badass Vault Hunter. Using her supernatural Siren abilities, Amara pulverizes her enemies with astral projections, pounding them into a bloody pulp with fists formed from pure energy. We’re taking a top-level look at Amara’s three distinct skill trees—Fist of the Elements, Mystical Assault, and Brawl—to help you decide which build best suits your preferred playstyle. But no matter which way you go, Amara will absolutely bring the beatdowns.”

View the Amara the Siren trailer below:

Amara certainly looks like an interesting character to play, seeming to focus more on an up-close and personal form of combat. The trailer doesn’t show her go anywhere near a gun with her combat style appearing to focus on softening up enemies at range with magical attacks before closing in to finish things off by hand.

For a more detailed look at what Amara can do head over the official Borderlands 3 page.

Borderlands 3 launches on PlayStation 4, Xbox One, and PC on 13th September.