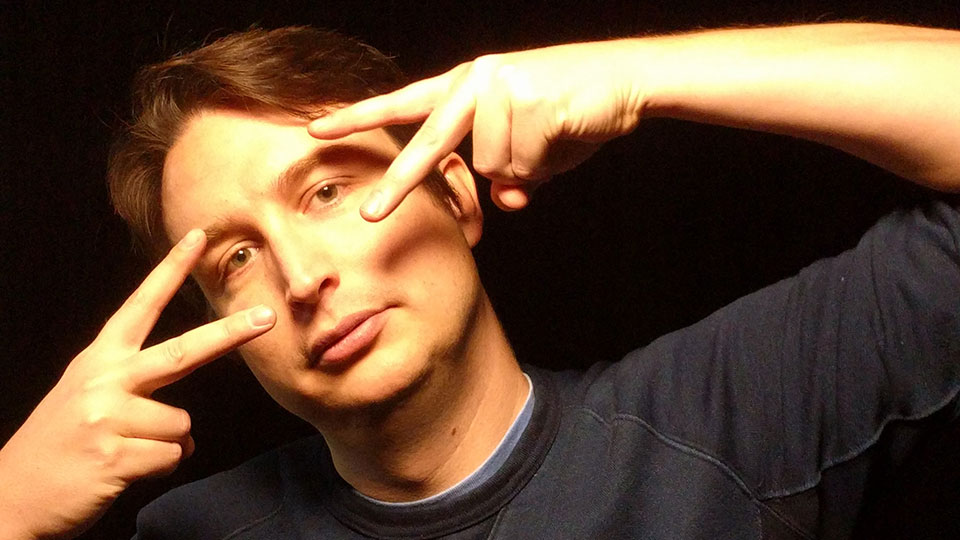 Frighteningly depicting a society that doesn’t feel too far from where we are right now in the world, Red Letter Day is an unsettling but enjoyable film that’s packed with plenty of humour.

I caught up with Cameron to talk about how his anxiety inspired the film, discuss Dawn Van de Schoot’s magnificent lead performance, and to find out what his favourite horror film of all-time is…

Hi Cameron. How are you and where does this email Q&A find you?

I’m doing fantastic! My partner and I just had our first child (Arthur) which has been keeping us extremely occupied. I am writing you today from Calgary, Alberta, Canada.

Your film Red Letter Day is part of this year’s Arrow Video FrightFest line-up. What’s the film all about?

Red Letter Day follows what happens in an isolated suburban community when each of the residents receives a mysterious red letter instructing them to kill their neighbour before their neighbour kills them. Violence, paranoia and chaos ensues.

The concept of the film is pretty chilling. Where did it come from?

The main genesis for the film happened in 2015/2016 when I was burdened with anxiety from feeling helpless while watching the world crumble from my cell phone. With digital technology and social media, the entire world is more connected than ever before and you can experience important events almost in real-time by following a hashtag.

This anxiety meshed quite nicely with my love of the ‘Humans Hunting Humans’ sub-genre of filmmaking (Battle Royale, The Running Man, Hard Target, etc.) and I felt that it would be very exciting to contribute to that pantheon with a modern twist.

The scariest thing about this film is that the scenario it depicts doesn’t feel outside the realm of possibility with the way the world seems to be feeling right now. How intentional was it on your part to tap into people’s fears?

With digital media, the world is more connected than ever before yet people are more disconnected than ever before. While dwelling on this idea, it became apparent that governments, corporations and other nefarious organizations were encouraging a tribalistic ‘Us vs. Them’ mentality for their own gain using the internet/social media and I wanted to make a satirical film that called ‘Bullshit!’ and encouraged empathy for your fellow human during these polarizing times.

Across the globe, humans are constantly assured that they are “right” and others are “wrong” over a wide variety of issues when in actuality most of us reside somewhere in the middle. One of my main objectives with this film is to acknowledge that we can all do better when it comes to respecting our fellow human beings.

Dawn Van de Schoot gives a terrific lead performance. How did she get involved with the film and what was she like to work with?

I love Dawn!! She truly committed to the role and wasn’t afraid to get down and dirty. As a small independent production, we were unable to afford to cast outside of Calgary and were even unable to afford a casting director so myself and the other Producers were tasked with casting the film. We pretty much auditioned every working actor in the city and were willing to audition many folks that had no on-screen experience. Luckily, Dawn had just returned to acting after a hiatus wherein she raised her beautiful children so not only was she eager to work her ass off, she also had the first-hand experience of being a mother herself which brought so much to the role of a recently divorced mother of two who is willing to do anything to protect her children.

Dawn wasn’t a fan of horror films when she got the part so I assigned her some homework (mainly – Return of the Living Dead, Evil Dead 2, Aliens) and while she didn’t become a convert to the beauty of horror cinema, she definitely gained a new-found respect for the genre while making Red Letter Day.

You balance the horror and comedy aspects of the film so perfectly, which is so tricky to do. How did you manage to do that?

Thank you so much! I am happy to hear that you found the film funny! When done correctly, Horror-Comedies are amongst my favourite films and with Red Letter Day, my main goal was to make a film that I would love to watch myself.

I have long been a fan of over-the-top gore and comedic characters so needed to include those elements in my first feature film. While writing the film I became obsessed with the natural humour that arises when polite people try to behave with manners in a situation where most folks would throw common decency out the window.

With this concept, the film could have been done in a gritty realistic style but there is already enough depressing content in the world so early on I committed to making Red Letter Day as big and colourful as our micro-budget would allow. Once I decided that I wanted the film to occur in a heightened version of reality, I freed myself creatively to explore the scenario in a more surreal and comedic way.

What would you say was the most challenging aspect of bringing this film to life?

We accomplished Red Letter Day on a very small budget and the most challenging aspect was ensuring that the film didn’t feel “small” as a result. In my opinion, too many micro-budget films utilize a gritty handheld aesthetic and explore realistic dour subject matter as a result of having limited resources. While some of these films can be quite good, I feel like the market is clogged with them.

For my first feature film, I really wanted to make a film that felt like “a real movie” (whatever the fuck that means) so challenged myself and all of our department heads to maximize production value wherever we could. Whether it be smooth dolly moves, beautiful lighting or destroying the main door to a suburban home with a power drill.

Which horror film has had the biggest impact on you and why?

Oh man! I CAN’T CHOOSE JUST ONE! Okay, fine… The Texas Chain Saw Massacre is the horror film that has had the biggest impact on me.

As a child, I was so fearful of Horror films that I would need to close my eyes as I walked past the Horror aisle of the local video store. The VHS box art featured all kinds of unseemly acts but no cover ever stirred up the darkest parts of my imagination more than The Texas Chain Saw Massacre. Then, one day, there it was, sitting on our kitchen table counter. When my step-father caught me looking at it, he threw a newspaper over the box and told me “Never ever watch this film. It is not for you.” That week, I became obsessed. I continually had nightmares of a woman being heaved onto a disgusting meat hook and a weird-looking dude running around trying to kill people with a chainsaw. It became so bad that one day I decided “Fuck it” and left school early, when no one was home, to force myself to watch this film as a means of getting it out of my head. Well… I immediately fell in love with the incredible photography, the cool hippies, the dark humour and the mind-blowing production design. From that day forward, I watched every horror film that I could get my grubby hands on.

We are extremely busy trying to get Red Letter Day out into the world and should have a Blu-ray released by the end of the year. Meanwhile, I have a few scripts that I will be pitching for production financing ranging from a Rock ‘n Roll Giallo to a Gothic Fairy Tale. Who knows, if folks dig Red Letter Day enough, I might finally get to work on the sequel…

Why should people check out Red Letter Day during Arrow Video FrightFest?

Red Letter Day is a quirky satirical horror film made by a group of Canadian oddball movie geeks for movie geeks all over the world. We packed this thing with humour, compassion, thrills and crazy over-the-top gore. FrightFest is presenting some truly incredible films so follow your twisted little hearts and see whatever sounds cool to you. I hope Red Letter Day ends up on that list.