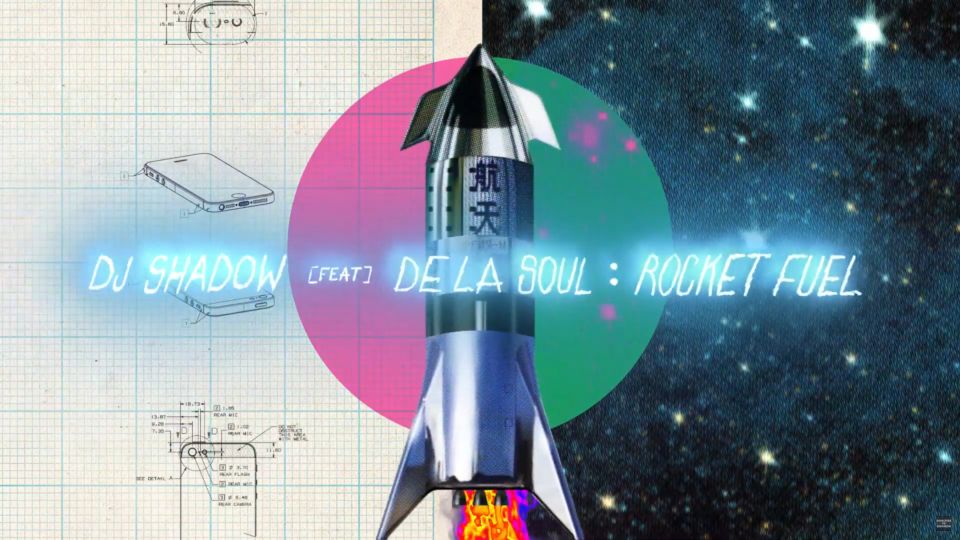 DJ Shadow has been pretty quiet since the release of his last album The Mountain Will Fall in 2016.

He’s not really one for social media and I only found out about this because I’m signed up to his newsletter, which isn’t released all that often!

I like the music DJ Shadow puts out as you never truly know what you’re going to be listening too. Yes, there’s usually a smattering of rap songs on most of his albums but other than that it can be a bit of a musical lottery and I for one salute him for this.

New single Rocket Fuel featuring De La Soul is one of the aforementioned rap tracks. It’s a fairly upbeat sounding track with a very busy beat, lots of scratching and of course flawless delivery from the De La boys. As an album track, it would sit perfectly as the first track. It comes across as an atmosphere builder and lyrically it seems mostly to be about how good they are compared to the rest and getting people moving.

Rocket Fuel is also being used as part of the Madden NFL 20 soundtrack.

You can have a listen to Rocket Fuel below:

Shadow will also be hosting his annual Storage sale on 10th – 11th August where he digs out thousands of LPs, 45s, 12″s and cassettes from his own storage warehouses and puts them up for sale. He will be attending personally on both days and will be playing music as well as signing merch. If you want to go it’s at 5638 York Blvd, Los Angeles, California.

There will also be a new DJ Shadow album released this year but as of yet, we don’t have a date or title.