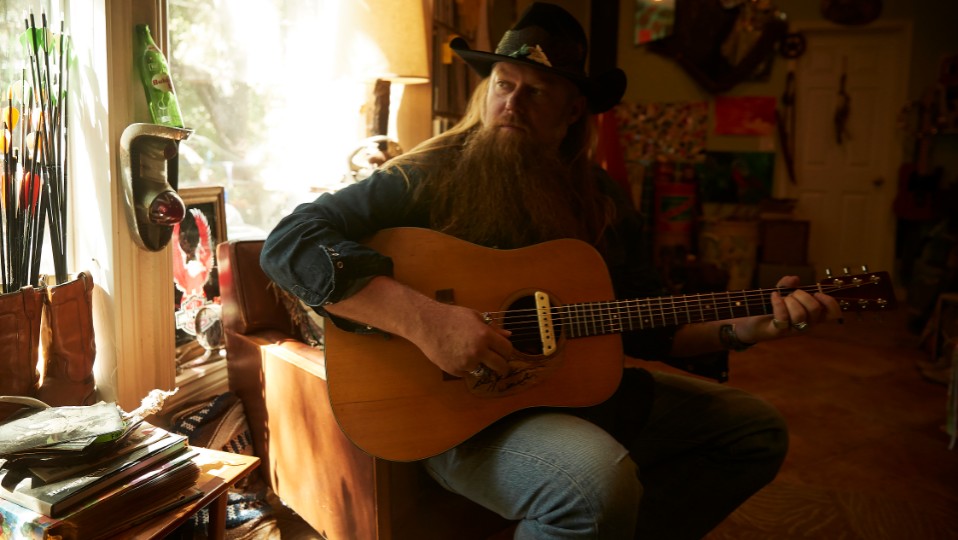 The 11-track album, released via 5 Music Inc and Sony/RED MUSIC, is a tribute to Jenkins’ country influences – which include Merle Haggard, Billy Joe Shaver, Charlie Daniels and Waylon Jennings – as well as incorporating modern Nashville sounds, and covers themes such as drinking as a remedy for heartache and strong women. It was recorded at Spunik Studios in Nashville and produced by four-time Grammy Award winner Vance Powell, who’s worked with artists including Chris Stapleton, Jack White and Willie Nelson.

Western Gold features the singles Bottle In My Hand and Basket Case, which Jenkins recently released a music video for. He wrote or co-wrote all the tracks on the album, alongside the likes of Aaron Raitiere, Dennis Hill and George Singleton.

Jenkins certainly has a backstory to rival any classic country song. Born in West Virginia and raised in rural Alaska, he served as a US Marine for eight years, including during Operation Iraqi Freedom. “I made a promise to myself when I went overseas with a bunch of people from my platoon,” Jenkins told Billboard, “we promised that we were gonna give music a shot when we got back…So we did.”

Now based in Southern California, Jenkins released his six-track EP, Where The Honkytonk Belongs, in June 2017. He won the Male Vocalist of the Year and Album of the Year Awards at the 2017 California Country Awards, and was also named as 2018’s Best Outlaw Country Artist by LA Weekly.

Currently Jenkins is out on tour across the US in support of Western Gold. He’s got over 1,000 live shows under his belt already, having performed alongside artists including The Marshall Tucker Band, Billy Joe Shaver, Wanda Jackson, David Allan Coe, Asleep at the Wheel, Shooter Jennings, Dale Watson and Whitey Morgan.

The track listing for Western Gold is:

Advertisement. Scroll to continue reading.
In this article:Gethen Jenkins