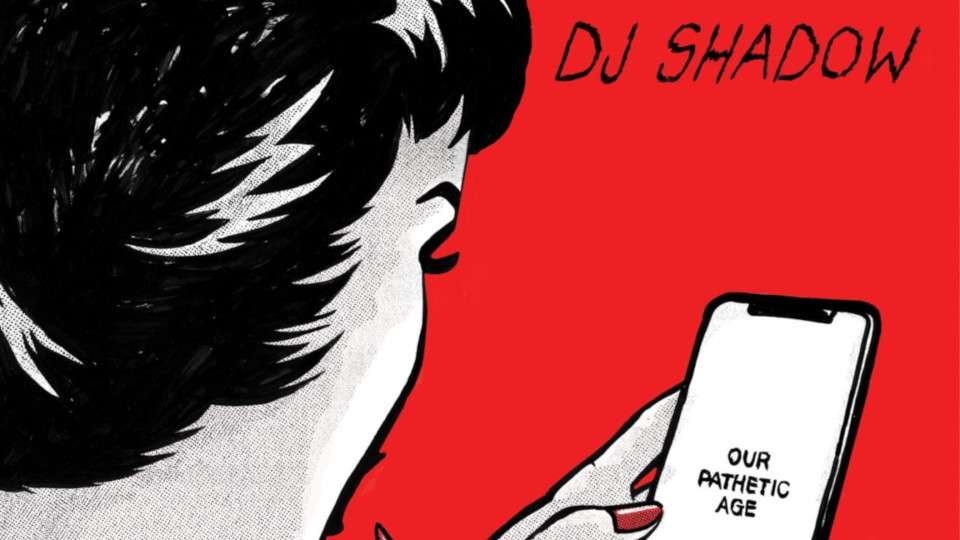 Our Pathetic Age is the latest album from DJ Shadow and is his first studio album release since 2016’s The Mountain Will Fall. It has 26 tracks in total and is effectively two albums in one. Tracks one to eleven are all instrumental tracks with the remainder primarily being a hip hop album.

The instrumental part of the album is somewhat of a difficult listen. Thematically it’s very dark with lots of industrial sounding beeps and whirs. Rhythmically it’s also very challenging on the ears with regular beats being almost non-existent. If you were hoping for something to nod your head along to you’ll be very disappointed.

I can’t help but feel that DJ Shadow has used this album as an opportunity to experiment and push the boundaries of his music. Whether it be the harsh sounding Juggernaut or the freeform jazz feel of Beauty, Power, Motion, Life, Work, Chaos, Law each track is challenging in its own right. If you want something slightly more normal-sounding then tracks Rosie and If I Died today are more likely to sound more appealing.

You can listen to Rosie below:

If the first half of the album is Shadow sitting alone in the studio making the concept album of his dreams then the second part is a house party where all of his mates have come round, they’ve opened a keg and are having a grand old time.

Lyrically, the hip hop tracks remain dark and often offer a scathing commentary on modern life. Climate change, obsession with technology and human atrocities are all topics of discussion here but they are all packaged in a great musical package that makes them interesting to listen to. I’ve always thought Shadow was a great hip hop producer and Our Pathetic Age only goes on to reinforce this thought.

The hip hop portion has appearances by Nas, Pharoahe Monche, Inspectah Deck, Ghostface Killah, Raekwon, De La Soul and Run the Jewels to name drop just a few of the featured artists. You may have already heard Rocket Fuel featuring De La Soul as this track has been around for a few months but you’ll be surprised how different the other tracks sound to this.

View the Rocket Fuel video below:

For me tracks Rain on Snow, which is a mini Wu-Tang reunion, and Rocket Fuel stand out as being the easiest tracks to listen to and will have you nodding your head as soon as the beats kick in. There isn’t a bad track on part two of the album but once again some of them remain quite a challenging listen.

To sum up, Our Pathetic Age is going to be an album that divides people and for me, that is the beauty of music. The instrumental part of the album is anything but an easy listen and I think this might put some people off. I can’t help but feel that Shadow knows this, hence the inclusion of the second part of the album. Even if can’t get into part one there is plenty that you’ll like in part 2.

Our Pathetic Age by DJ Shadow is out now and is released through Mass Appeal Records. For more information visit DJ Shadow’s official website.