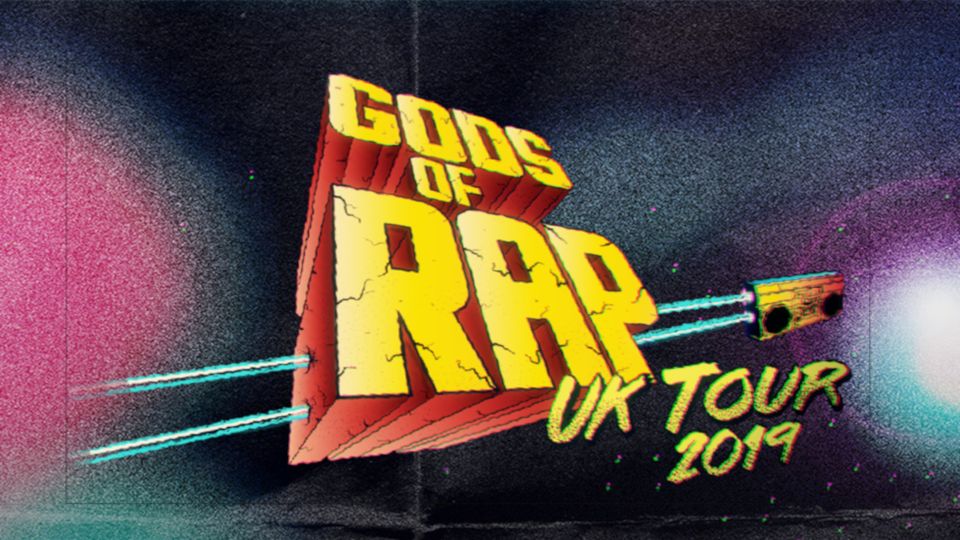 It’s safe to say that Wu-Tang, Public Enemy and De La Soul are three of the biggest rap groups on the planet and that their longevity in the rap scene is testament to their ability to not only move with the times but to stay true to their original vision. The three groups have joined forces for the aptly named ‘Gods of Rap’ tour which is being promoted by SJM. DJ Premier will play host for the events.

The Gods of Rap tour will be celebrating each of the groups most iconic albums. Wu-Tang’s ‘Enter the Wu Tang 36 Chambers’, Public Enemy’s ‘It takes a nation of millions to hold us back’ and De La Soul’s ‘3 Feet High and rising’.

“I don’t believe anything like this has been done in the UK before on this level. This tour creates a legacy, it’s a moment. The groups are the biggest in their genres, they’re all celebrating notable anniversaries of their biggest albums and I am led to believe this is the first time they have all been on the same bill together.”

There will be three dates in the UK: