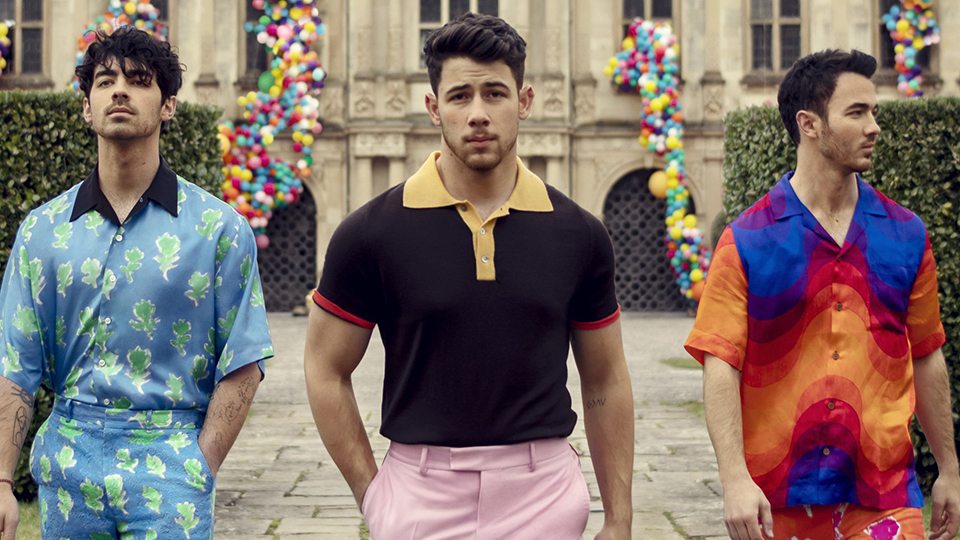 In the mid-to-late noughties, the Jonas Brothers were a chart-topping sensation with two multi-platinum records under their belt. Their fourth album Lines, Vines and Trying Times arrived in 2009 and it added another Platinum certification to their already impressive tally. Following that album, the trio – Nick, Kevin and Joe – went on hiatus to pursue solo projects before coming back together in 2012 to tour again and start work on a new album. As promotion got under way for the new music, the trio announced the release of the album but eventually cancelled it after a rift tore the band apart. Nearly five and a half years after their shock split, the Jonas Brothers are back together with new album Happiness Begins.

With a lot of water under the bridge and varying degrees of success outside the band, the Jonas Brothers have worked hard to heal their familial rift. Happiness Begins doesn’t pick up where the band left off, instead choosing to reinvent them for the modern charts. The pop/rock sound that brought the band success has been replaced by a smoother, R&B and funk sound likely influenced by Nick’s foray into R&B and Joe’s pop/dance work with DNCE. First single Sucker, a cracking funk-pop song, makes a bold statement and showcases the band’s new sound. It works for them with Nick and Joe trading lead vocals and the song packing a beat-driven punch that ensured it quickly scaled the charts.

The album’s second track, and second release, Cool continues the more R&B influenced direction the band has decided to take. Like Sucker it does a great job of making the band relevant to the modern music industry and it highlights how they’ve grown musically. After that song, Happiness Begins offers up an assured collection of made-for-radio R&B/pop gems with plenty of synths, funk and soul mixed in for good measure.

To the credit of the band, they definitely switch things up and try out a variety of sounds. Only Human has a little reggae-lite feel, I Believe could have been lifted from one of Nick’s solo albums as it flirts with electro-R&B, and Love Her owes more than a little thank-you to Justin Bieber’s megasmash Love Yourself. The Jonas Brothers soar when they do something a little more unexpected such as on the deceptively perky Happy When I’m Sad or the almost tribal-sounding Rollercoaster.

With 14 tracks crammed onto the record, not every moment is memorable. A few songs blend with others and they are a little hard to tell apart. When it plays to the band’s new-found strengths though, the album is a pure pop joy. For my money Used to Be is one of the stronger tracks here allowing the band’s vocals to shine over relaxed R&B beats.

Jonas Brothers may sound different than they used to but this grown-up collection will continue to add impressive sales to their tally. While some of the songs start to blend into one after a while, there is enough here to deliver several hit singles as the band relaunches itself. Happiness Begins may not be the world’s most ground-breaking pop record but it has enough charm to warrant repeat listens.