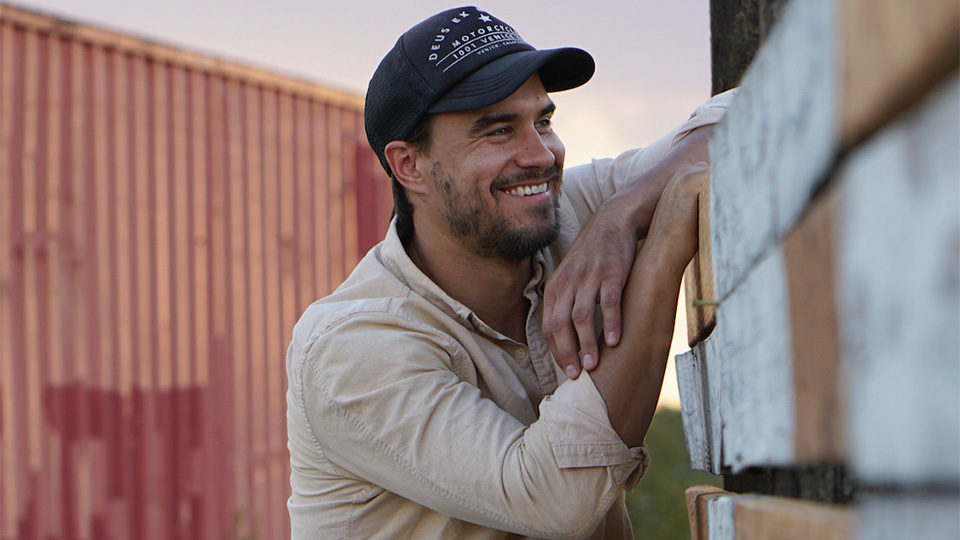 With so much great Country music coming out on a weekly basis, we at EF Country have decided to start a weekly feature highlighting our favourite release.

Kicking off our new series is Rob Mayes‘ latest track My Heart is Bleeding with Eugene Edwards. His third Country release to date – following the excellent tracks Closer and Road With No Lines – My Heart is Bleeding showcases a completely different side to Mayes’ talents.

Accompanied by Eugene Edwards, who adds some seriously impressive bluesy licks, Mayes unleashes the power of his voice in a way that we didn’t get to hear on his previous releases. Taking a leaf out of Chris Stapleton’s book, Mayes sings from the soul and you can hear every single word being ripped from the core of his being.

Lyrically the song pays homage to the heartbreak stories at the heart of the classic Blues sound. When Mayes sings, ‘My heart is bleeding, my lungs are drowning’ you feel every single word and for four minutes, you’ll feel like your heart is bleeding too.

Embracing a more traditional Country sound than the past two tracks, My Heart is Bleeding is the kind of song that stops you in your tracks. It demands to be listened to and the passionate performance from Mayes is quite frankly jaw-dropping.

With every release Mayes takes us by surprise and across the three tracks released so far, he’s shown himself to be an incredible versatile artist. Whereas Closer was the more Country/pop sound that’s doing well at radio right now, Road With No Lines moved closer to a classic Country sound. My Heart is Bleeding blows them both out of the water and it’s quickly jumped onto our best tracks of 2019 list.

Advertisement. Scroll to continue reading.
In this article:EF Country's Song of the Week, Rob Mayes