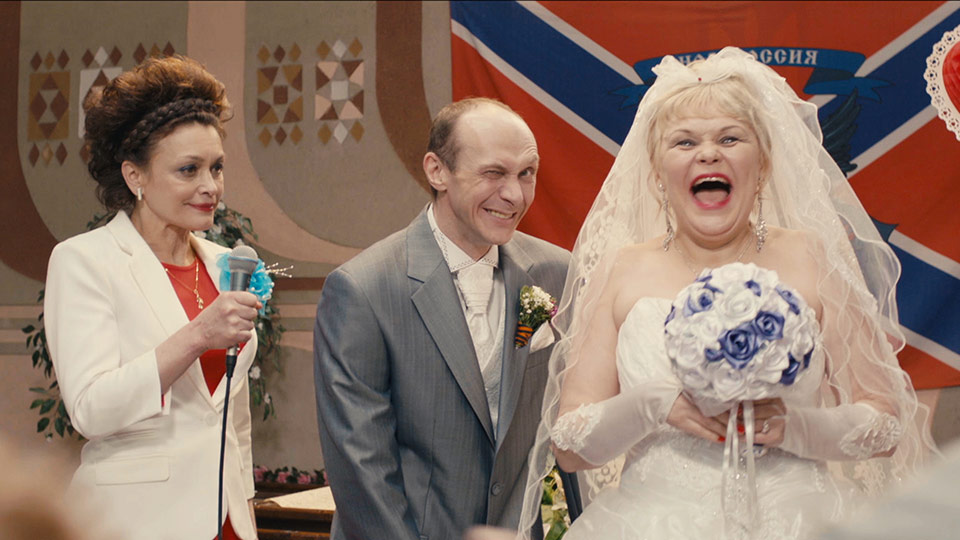 Eureka Entertainment to release Ukrainian pitch-black political comedy, Donbass, from director Sergei Loznitsa (A Gentle Creature), winner of the Cannes ‘Un Certain Regard’ Prize for Best Director at the 2018 festival, as part of the Montage Pictures range in a Blu-ray format on 24th June 2019.

In the Donbass, war is called peace, propaganda is uttered as truth and hatred is declared to be love.

In the Donbass, a region of Eastern Ukraine, a hybrid war takes place, involving an open armed conflict alongside killings and robberies on a mass scale perpetrated by separatist gangs. A journey through the Donbass unfolds as a chain of curious adventures, where the grotesque and drama are as intertwined as life and death. This is not a tale of one region, one country or one political system. It is about a world, lost in post-truth and fake identities. It is about each and every one of us.

From acclaimed Ukrainian director Sergei Loznitsa (My Joy, A Gentle Creature), Donbass is a unique take on one of the most disturbing and threatening of contemporary conflicts, a grotesque tour de force, brilliantly, if harrowingly, imaging with stunning cinematography courtesy of Oleg Mutu (4 Months, 3 Weeks and 2 Days).

Donbass, a Ukrainian pitch-black political comedy from director Sergei Loznitsa, is out Monday 24th June on Blu-ray and can be purchased at https://amzn.to/2LE4TjA.

Advertisement. Scroll to continue reading.
In this article:Donbass, Eureka Entertainment