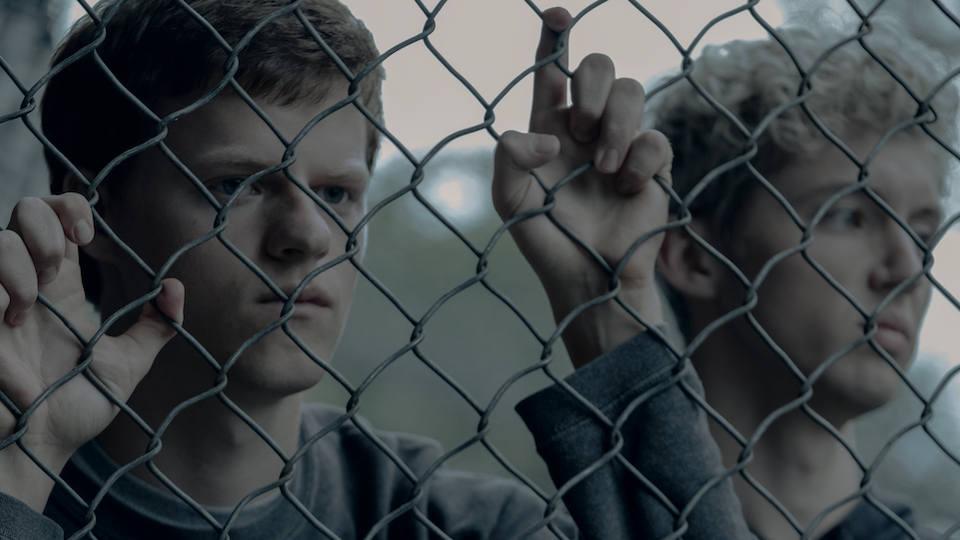 Writer-director Joel Edgerton follows up The Gift – his terrific 2015 thriller – with this hard-hitting true-life story. Based on the memoirs of Garrard Conley, Boy Erased is a restrained yet brilliantly acted drama, tackling the complex and extremely controversial topic of gay conversion therapy.

Lucas Hedges plays Jared Eamons, the son of a used-car salesman (Russell Crowe) who is also a Baptist preacher in bible-belt Arkansas. At the beginning of the film we see Jared voluntarily signing himself in to a facility called Love in Action, where he is to undergo therapy in order to convert his sexuality. Edgerton then tells the story in flashbacks, revealing the moments in Jared’s life that led to him ending up here. An awkward fumble with a girl. An intimate encounter with a male student. And then a shocking incident at college that leads to Jared being outed to his parents.

Edgerton himself takes on the role of the lead counsellor Victor Sykes, a charismatic charlatan with extremely dubious methods. The male ‘patients’ are taught how to stand like men, how to shake hands like men, and do manly exercises like press-ups and baseball. In between all this are the vile ideological lectures and insidious psychological abuse posing as ‘therapy’, all of it cloaked in the so-called love of Jesus.

It makes for difficult viewing, though it sometimes feels that Edgerton might be holding back from some of the real horrors that take place at these facilities. Additionally, even though he maintains an admirably distanced and unsentimental approach to the material, his decision to splinter the narrative does rob the film of some of its emotional clout.

Though somewhat predictable, Boy Erased does succeed as both a blisteringly relevant denunciation of this barbaric homophobia, as well as a moving family drama, though it falls just short of really nailing either of them. The relationship between religious beliefs and homophobia is sensitively explored, and how this is then exploited at these awful conversion camps. But it doesn’t really hit home until the end credits, which reveal the shocking extent to which this abuse is practiced throughout the United States.

The performances in the film are excellent across the board, with Edgerton and Crowe both on typically fine form, but it is the layered and nuanced relationship between Jared and his mother Nancy (Nicole Kidman) where the film blossoms. It’s really only in the scenes between Hedges and Kidman that the film gets under the skin of these characters and fully explores the confusing contradictions of faith, identity, and unconditional love.

The Blu-ray release comes with more than 30-minutes of deleted and extended scenes. Jared Revealed is a short featurette about the lead character, with interviews with Lucas Hedges, Joel Edgerton and Garrard Conley.

Becoming the Eamons is a 5-minute behind the scenes look at the family dynamic at the heart of the film, and the brilliant actors portraying them. Man Consumed: Joel Edgerton is the final featurette on the disc, showcasing the actor-writer-director, and how he was the driving force behind this project.