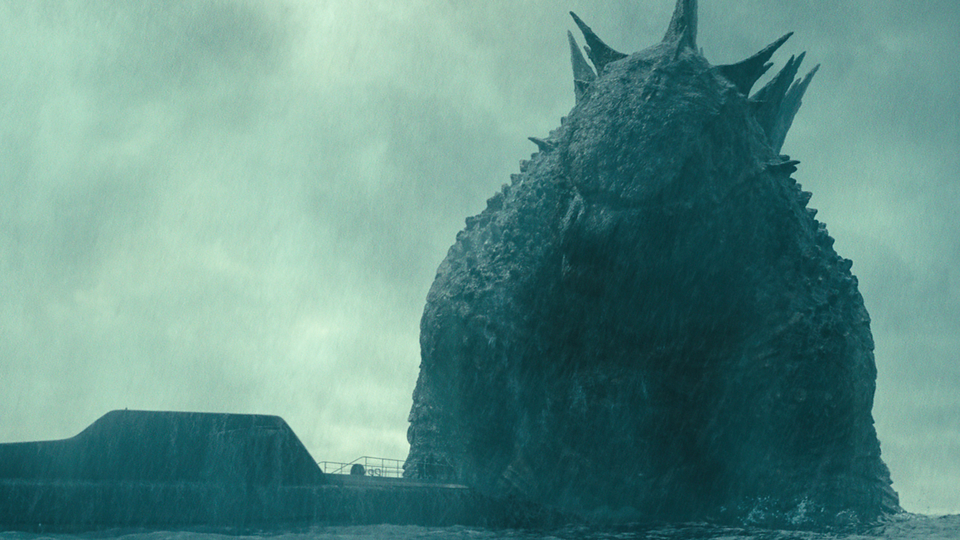 One of the most breath-taking elements of the film is its special effects, which are used so well to create some great movie-magic onscreen. MPC Film’s VFX Supervisor Guillaume Rocheron took some time out of his busy schedule to discuss the making of Godzilla: King of the Monsters and the challenges that presented themselves when trying to bring the beloved character back to vivid life on the big screen.

The Moving Picture Company (MPC) have been involved in some of the biggest and best VFX films in recent years. Having picked up numerous awards along the way, the London-based visual effects and production company also have a presence around the world in Vancouver, Los Angeles, New York, Montreal, Amsterdam, Bengaluru, Paris, and Shanghai.

Guillaume Rocheron has most recently worked on Ghost in the Shell, Batman v Superman: Dawn of Justice, The Secret Life of Walter Mitty, Man of Steel, Godzilla and the groundbreaking Life of Pi.

Known for their photo-realistic VFX and animation, MPC creates everything from lifelike fur, to dynamic crowd sequences, to larger-than-life destruction scenes and explosions.

Check out what VFX Supervisor Guillaume Rocheron had to say about his experiences working on Godzilla: King of the Monsters, Life of Pi and what he thinks about the current climate of TV & Film.

Can you tell us how you got involved with the Godzilla: King of the Monsters project?

MPC and myself were involved in Gareth Edward’s 2014 Godzilla, so Legendary invited me to meet with the director Michael Dougherty, when they were looking to crew up for King of the Monsters.

What challenges did the film present initially?

We really wanted to show the creature’s personalities without them ever feeling like a cartoon or over-animated. They are the main stars of the film after all! Mike Dougherty, the director, really wanted to showcase these creatures as ancient gods – mythological creatures. MPC’s Character Lab department made significant improvements to the eyes and facial rig tech which really helped us craft their performances, without ever having to go overboard.

Godzilla is one of those characters that just seems to resonate with audiences, no matter the era. Why do you think that is?

Throughout the years, Godzilla has always been depicted as the counter-balance from nature and I think this speaks to people from all generations. He is a well-known mythical creature in our pop culture.

Talk us through the design of Godzilla: King of the Monsters and the challenges of bringing this massive world to life.

The movie is taking us to places that are un-filmable or fictional; after 2 films we are finally seeing Monarch’s secret bases and its technology. Because of that, and of course the creatures, we tackled the movie very much as a hybrid with physical and virtual production. We designed and pre-animated most of the film before shooting it, so we could have a sense of the full picture, with virtual sets and creatures during principal photography. It required a close pre-production collaboration between us in visual effects, the production designer Scott Chamblis, the cinematographer Larry Sher, director Mike Dougherty and the co-writer / producer Zack Shields.

Was it hard implementing your own visual inspiration for Godzilla given how much source material there was to draw inspiration from in the past?

You obviously have to respect the original designs and concepts, but technology allowed our VFX artists to really bring those creatures to life like never before. Giving them personality and making them feel like ancient mythical creatures was one of our main goals.

How is Michael Dougherty to work with, and what does he bring to the table that particularly resonates with the work you and your teams produce?

Michael is a lifelong Godzilla fan; for him those creatures were as important as any other characters. He really embraced working with us and was involved with the process of designing and working up the shots. I really liked that he pushed to represent the creatures like mythical creatures, both in terms of performances but also with the look of the shots. Some of the shots were designed to feel like Renaissance paintings of Greek mythology.

Life of Pi was game-changing in that the VFX was so believable. Did you feel that something special was happening when you were working on that film?

Yes, we felt it was a turning point in our industry where VFX could also be used as a storytelling tool, rather than to just create moments in a film.

You’ve worked on so many superhero and genre films, I was wondering what you make of the current film climate. With Avengers: Endgame breaking records every day, do you think this is a golden age for these stories coming to life through VFX?

Yes, but I don’t think this is limited to one genre only. Our main goal is to allow directors to tell bold and ambitious stories.

Do you think big VFX shots are used too soon in terms of marketing a film these days, thus losing the element of surprise for the audience?

In a way you must show your audience why it is worth going to an IMAX screen to see your film. In a perfect world, you would show nothing at all, so people can discover a film in the cinema, but this is not how audiences work nowadays.

The industry is now so much bigger and structured, with many job opportunities around the globe. You have great schools and training programs that allow the younger generation to get a foot in the industry.

Godzilla: King of the Monsters is in cinemas now.