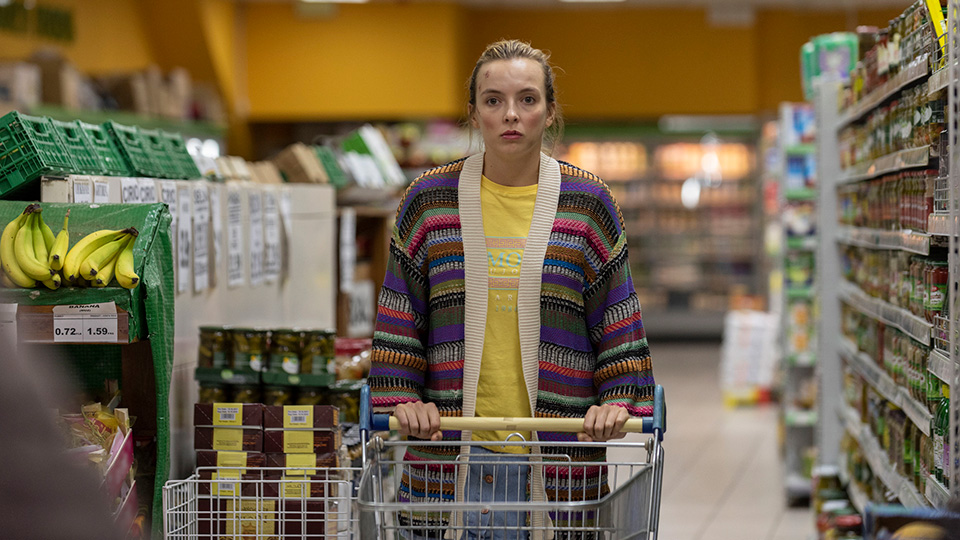 Killing Eve kicked off its second season in the UK last weekend and it’s continuing weekly on BBC One (or you can watch it all on iPlayer).

If you want to avoid all spoilers for Killing Eve, stop reading this article now.

The first episode picked up just 30 seconds after the end of season one with Eve (Sandra Oh) wondering where Villanelle (Jodie Comer) had disappeared to after she stabbed her. Eve made her way back to the UK where she met with Carolyn (Fiona Shaw) who rehired her.

Villanelle meanwhile ended up in hospital where she had her stab wound treated. She manipulated a fellow patient so that she could make an escape and by the episode’s end she was tucked up in the boot of stranger’s car, making her way back to the UK.

Villanelle (Jodie Comer) has made it to England but, unable to use a hospital to get her wound seen to, she’s reliant on the kindness of strangers – and cons an unassuming man into letting her recuperate at his house.

Meanwhile Eve (Sandra Oh), having been taken back under Carolyn’s (Fiona Shaw) wing, meets her new team and has to tell them everything she’s learned about Villanelle – missing out the all-important part about having just stabbed her, of course.

Killing Eve continues at 9.15pm Saturday on BBC One. Preview it with our gallery below: