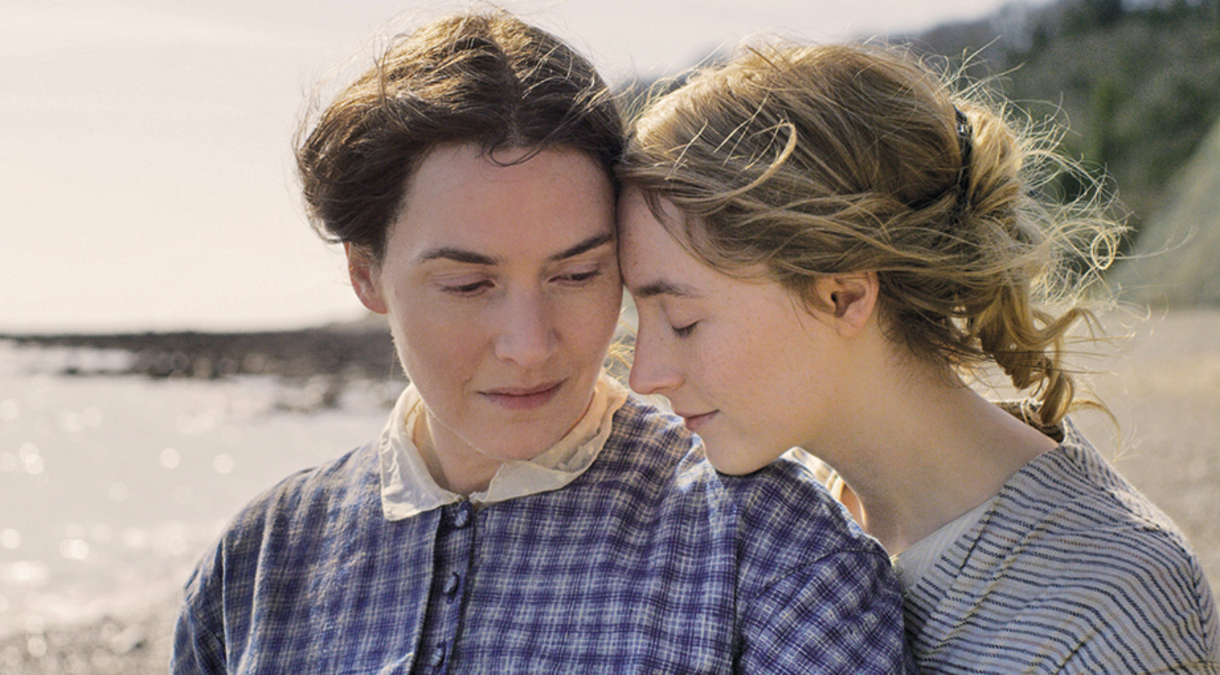 A fictionalised account of the life of the 19th century palaeontologist Mary Anning, Winslet plays the pioneering scientist, a strong but stoic woman who is only focused on her work and caring for her poorly mother (Gemma Jones). A recluse and loner, Mary spends her days scouring the beach for valuable fossils to sell. He work is noted, and draws many admirers, including Roderick Murchison (James McArdle) and his young wife Charlotte (Ronan).

The always reliable Ronan is convincing as a well-to-do young gentlewoman who falls in love with Mary whilst unexpectedly staying in Lyme Regis to recover from an illness. Mary and Charlotte spend time together before their attraction spills over into lust. But can their love possibly endure all of the obstacles it faces?

Ammonite is a love story of great intimacy and suppressed urges, and the film also shines a telling light onto women in science and how their roles have been quietly eroded from history. The two leads are as exceptional as you would expect too and its their performances that hold the film together so strongly.

The historical accuracy of the film is manufactured in parts. Whilst there was a Charlotte Murchison who was a dear friend to Mary prior to her death (at aged 47 from cancer), there’s no documented evidence of a romantic relationship between the two. That part of the story, whilst created for the film, does in fact hold the film together. Critics have cited that it detracts from Mary’s real-life work in her field but this isn’t a documentary. I think the fictionalised element adds a level of depth to her story that keeps the narrative compelling without harming her legacy.

The film is shot beautifully, with writer/director Francis Lee knowing exactly how to extract the beauty from the, at times, harsh and inhospitable coastal surrounds. Lee also knows how to get an impressive range of emotion through scenes with little or no dialogue, especially between Mary and Charlotte. A nervous glance or a longing stare speaks louder than any dialogue and it is a skill to capture that yearning through expression only.

Ammonite is a well made and engrossing love story that has a good heart. It’s a film that happily gives the burden of its weight to its leads and they both rise to the challenge. The tricky part of a period romance like this is in conjuring a believable chemistry that draws you into their story. Lee’s script easily achieves this, with Winslet and Ronan handing in some of the best work of their long and varied careers to date.