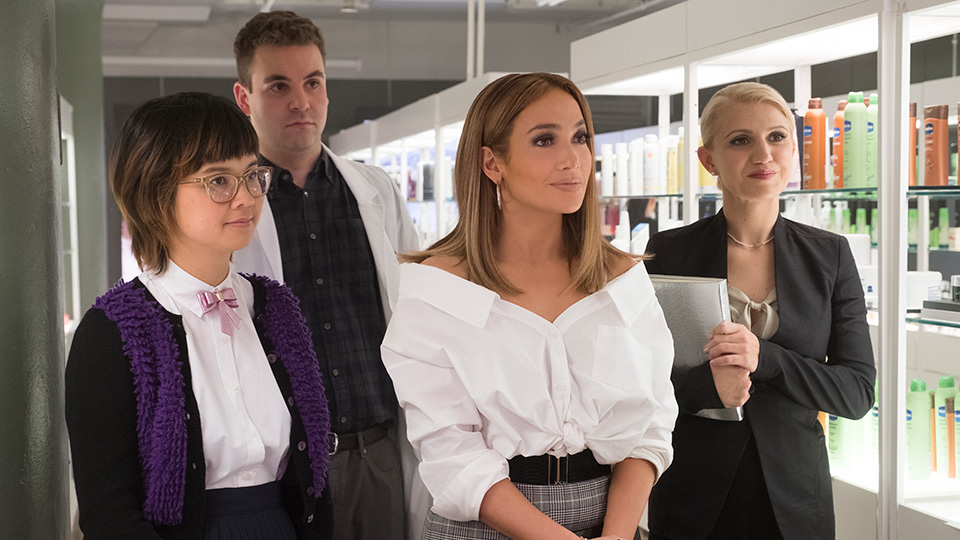 Maya Vargas (Jennifer Lopez) is disappointed when she’s passed over for promotion at the grocery store she works at. Shortly after she receives a call from cosmetics company Franklin & Clarke about a job and is invited in to interview. Confused by the opportunity given that she never applied for the job, Maya discovers that her best friend Joan’s (Leah Remini) son created a fake resume and social profiles, and applied for the job on her behalf. When she’s offered the position, Maya reluctantly takes the job but has to continue the lie so that no one finds out the truth.

Second Act was a bit of a box office surprise during its theatrical run. It performed strongly from a relatively small budget and it was the first real hit she’d had as a lead actress for quite some time. The film doesn’t break any boundaries or offer up anything particularly new as it tells the story of a woman who is given a second chance at the career she wants. The material is familiar territory and the plot is pretty predictable, although to the film’s credit it does add in a twist to attempt to catch you off guard.

What the film does do pretty well is stay away from rom-com territory. Maya’s relationship with Trey (Milo Ventimiglia) could easily have become the central focus of the film but instead Second Act keeps the focus purely on Maya chasing her dreams, and trying to keep her lies a secret.

As always Jennifer Lopez is engaging to watch. She’s a much better actress than she’s given credit for and in these kinds of roles, she always brings a lot of warmth to the screen. Honestly playing Maya is hardly a stretch for Lopez but she looks like she’s having fun so you’re quite happy to be swept away with her. Even when the plot gets a little too silly, you forgive the film because Lopez is just so likeable.

The supporting cast is good too. Leah Remini brings humour as Maya’s feisty best friend Joan while Vanessa Hudgens gives a solid performance as Zoe, one of Maya’s new work colleagues. Milo Ventimiglia is wasted as Maya’s love interest and Freddie Stroma never gets enough material to be more than a 2D villain but both actors do decent jobs with their small roles.

Extras on the disc include a series of featurettes and cast interviews.

Second Act delivers exactly what it should – a light-hearted, often funny watch that is entertaining enough but unlikely to trouble your favourite films list. It’s the kind of film you can watch with a glass of wine and switch your brain off for. If you’re looking for something with substance, then you’d be better looking elsewhere but if you want an easy watch, then you could do a lot worse than Second Act.