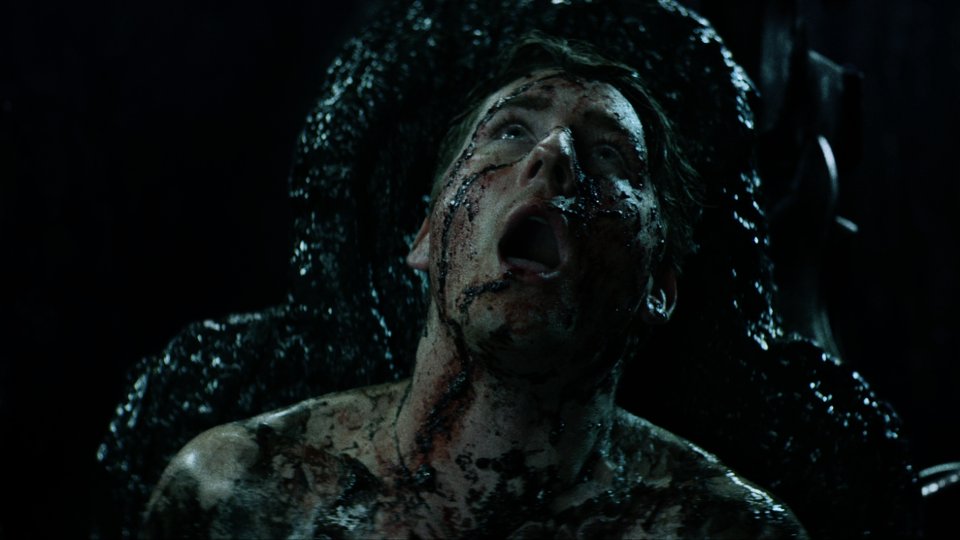 A new trailer has been released for teen thriller Extraterrestrial which is being released in time for Halloween.

The new movie comes from The Vicious Brothers and stars Freddie Stroma and Brittany Allen. The synopsis for the movie is:

Still reeling from her parents divorce, April (Brittany Allen, Defiance, Dead Before Dawn) is dragged back to the vacation cabin she spent fond summers at as a child accompanied by a group of friends. Her trip down memory lane takes a dramatic and terrifying turn when a fireball descends from the sky and explodes in the nearby woods. Lead by her boyfriend (Freddie Stroma – Harry Potter & The Half Blood Prince, Pitch Perfect), the group venture out toward the crash site and discover the remnants of a ship from another planet along with footprints that suggest its alien occupants are still alive. The college friends soon find themselves caught in the middle of something bigger and more terrifying than they ever thought possible.

Extraterrestrial will be released on Wednesday 29th October 2014. Watch the trailer below:

Advertisement. Scroll to continue reading.
In this article:Extraterrestrial, Freddie Stroma