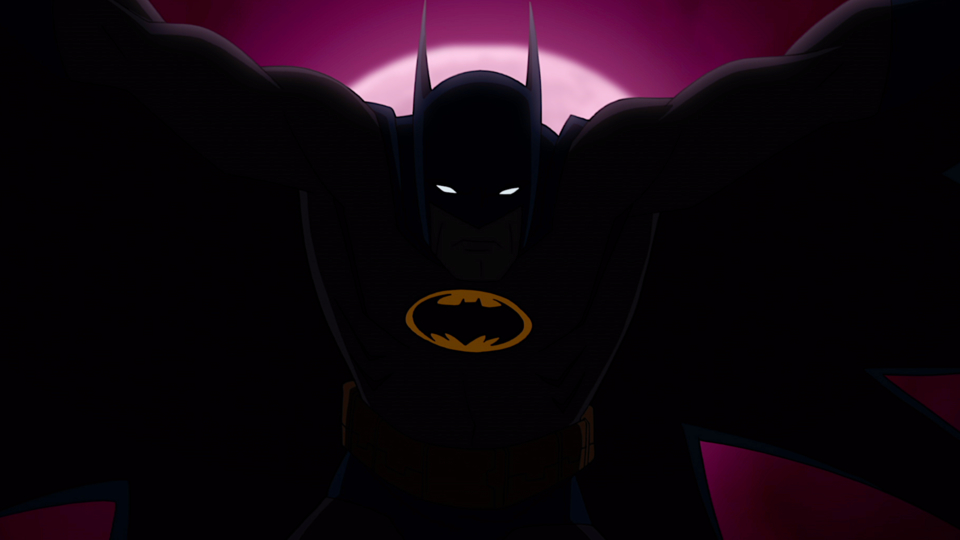 Batman vs. Teenage Mutant Ninja Turtles is one of the best DC Animated movies we’ve had for some time. It’s fundamentally a thoroughly enjoying caper, with two iconic superhero worlds combining to deliver a very memorable adventure that pays homage to both universes extremely well. Director Jake Castorena clearly knows how to combine the best elements from both franchises to create a very satisfying family adventure that always keeps you invested.

The plot finds Ra’s Al Ghul and The League of Assassins working alongside Shredder and the Foot Clan in a nefarious plan. Batman, Robin and Batgirl track a mysterious group of ninjas who have just arrived in Gotham, believing them to be involved with the criminals. The TMNT – Leonardo, Raphael, Donatello and Michelangelo, square off against the Dark Knight before both realise that they are after the same common enemy. Cue a team-up for the ages, as Batman and the Teenage Mutant Ninja Turtles scour Gotham City looking for clues.

Batman vs. Teenage Mutant Ninja Turtles creates a really fun premise that always delivers some very memorable set pieces. The initial meeting between Batman and Shredder is so awesome, with some of the best fight sequences I’ve ever seen in a DC Animated movie. Their initial battle acts as a real marker and statement of intent for this movie, with a bone-crunching tussle that showcases just why Batman and Shredder are such popular characters.

Speaking of characters, the film makes a point to include as many familiar faces as it can. Having a big battle in Arkham Asylum allows the movie to bring in some very familiar faces from Batman’s rogues gallery. Harley Quinn, The Joker, Penguin, Poison Ivy, Scarecrow, Mr. Freeze and Bane are just some of the brilliant villains who square up against our heroes. And in a nice twist, they also undergo ‘transformations’ that make their battles with the Turtles befitting of their universe too.

The cast all do exceptionally well with Troy Baker making history as the first man to portray both Batman & The Joker in a DC Animated movie. Eric Bauza, Darren Criss, Kyle Mooney and Baron Vaughn really conjure up a fantastic chemistry as the Teenage Mutant Ninja Turtles, with each bringing a very distinct style to their characters. The brotherly dynamics are all present and accounted for, and the Turtles often pair off with a Batman character for some banter. Leonardo looks to Batman as a sensei to learn from, Raphael and Robin compare notes in battle, Donatello and Batgirl bond over tech and it takes next to no time for Michelangelo to get on Alfred’s nerves.

I thoroughly recommend Batman vs. Teenage Mutant Ninja Turtles as it does both sets of fans real justice. The Turtles are hilarious and Batman is at his usual stoic best. The comedy is crucial to keep the tone playful and the inclusion of so many familiar faces is great, both from the worlds of The Dark Knight and the Heroes in a Half-Shell. With the team-up comics and graphic novels proving very popular with fans, I sincerely hope that this is only the beginning, because I’d love to see more Batman & Teenage Mutant Ninja Turtles animated films in the future. They are very cool and tremendously fun to watch for all ages.