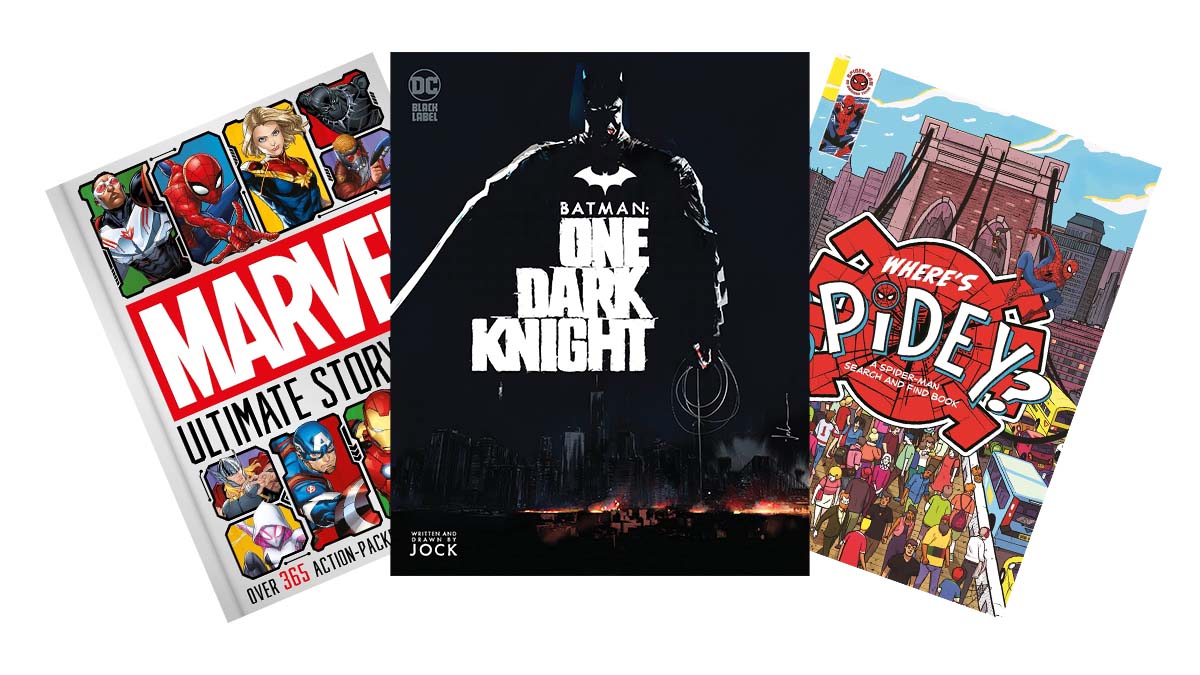 2022 has been another good year for superhero fans with releases such as ‘The Batman’ and ‘Wakanda Forever’ dominating the box office.

With DC under new direction after the hiring of James Gunn and Peter Safran to oversee the brand and its franchises, the future is looking brighter than ever (and we fully expect a relaunch to look very like what Disney and Marvel have done with their properties).

Ahead of the festive season, we’ve picked some of the best books out there for superhero fans that would make perfect gifts. Keep reading for some inspiration…

Ta-Nehisi Coates – ‘Black Panther: A Nation Under Our Feet’

Ta-Nehisi Coates’ ‘Black Panther: A Nation Under Our Feet’ has been given a new release in the form of this gorgeous hardback book from The Folio Society. Collecting together the 12 comics that made the story, this is the ultimate way to experience the classic ‘Black Panther’ story. Featuring all of the original illustrations from Brian Stelfreeze, this is a must-have for all fans of ‘Black Panther’, especially now ‘Wakanda Forever’ is in cinemas. This is a real high-end Marvel gift that fans can cherish and proudly sit on their bookshelves.

As we all know, ‘The Batman’ was one of the best films of 2022 so it makes sense that Bat-fans will be looking to see their favourite hero in different adventures while we patiently wait for the next film and the spin-off TV series focused on The Penguin. ‘Batman: One Dark Knight’, published by DC Black Label, is a hard-back comic book that tells the story of Batman accompanying the Gotham City PD in transferring supervillain E.M.P. to Blackgate Penitentiary. When a blackout hits, Batman is left to make sure E.M.P. is imprisoned but the dark corners of Gotham are out to stop him. By Jock, one of the most iconic Batman artists of the 21st Century, ‘Batman: One Dark Knight’ is a truly addictive thriller of a story and this book is simply stunning.

Marvel pretty much rules the superhero world and thanks to Disney+ it dominates most people’s homes too. This release, ‘Marvel Ultimate Storybook’, features more than 50 tales and profiles focused on the most iconic characters in the franchise. From Spider-man and Captain Marvel through to Iron Man and Hulk, there’s something for every Marvel fan here.

Released to celebrate Spider-man’s 60th anniversary, this book is a spin on the classic ‘Where’s Wally?’ puzzles. Instead of finding a man in a stripy top and bobble hat, you have to find Spidey instead. Spidey is missing! New York City is under attack. A horde of villains is causing mayhem across the city, and there’s only one person who can stop them – Spider-Man! But where is he? Search for Spidey among the crowds around NYC before the whole city falls to chaos! From Green Goblin attacking a bridge to strange experiments in Doctor Octopus’ lab, Spidey fans will love hunting down the villains and spotting lots of hidden details along the way.

James Field – ‘The Art of The Batman’

‘The Batman’ surprised us all when it arrived earlier this year. Director Matt Reeves (‘Cloverfield’), put a moody emo take on Bruce Wayne’s transformation into Batman and Robert Pattinson proved to be a revelation. The real star of the film though was Zoë Kravitz as Selena Kyle aka Catwoman. Fans of the film will want to get their hands on James Fields’ ‘The Art of The Batman’, the official behind-the-scenes illustrated tie-in book. Readers will get an insider’s look at the film’s production process through character designs, vehicle and gadget designs, background paintings, storyboards, and keyframe art done for the film, alongside original commentary and interviews from the filmmakers, cast, production designer, and conceptual artists.

Buy James Field – ‘The Art of The Batman’ now