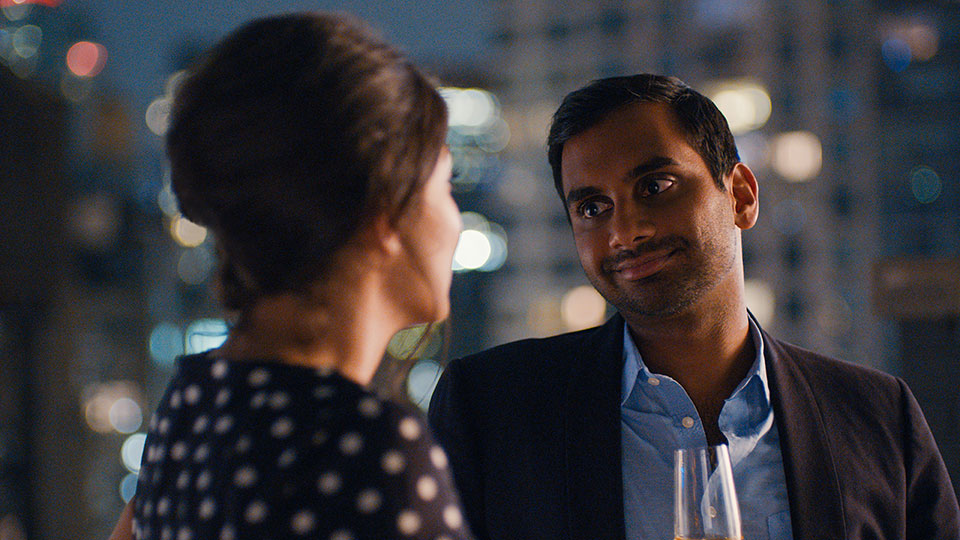 At the end of Master of None’s first season, Dev (Aziz Ansari) and Rachel (Noël Wells) went their separate ways after Rachel decided to move to Tokyo. Determined to move past their messy relationship, Dev chose to move to Italy and enrol in a pasta making course at a culinary school. As season 2 opens, Dev is happily living in Italy, working as an apprentice pasta maker in Modena and he’s made friends with Francesca (Alessandra Mastronardi) a potential love interest.

Master of None season 2 had a lot to live up to given how incredible the first season of the show was. Fans are being treated with the release of season 2 just a month after season 1 arrived on Blu-ray and DVD. For the second season, Aziz Ansari and the show’s co-creator Alan Yang continue to explore social and familial issues while allowing the viewer to follow Dev’s latest romantic adventures. The first episode is shot in black-and-white, capturing the look and feel of classic Italian cinema. It’s a sharp change from season 1 but it’s the first of many creative ways of storytelling that season 2 delivers.

After the first two episodes, Dev is back in New York and over the course of the season he explores his religion, dating, career highs and lows, and romance. One of the early standout episodes is First Date where Dev is seen on dates with a series of women he’s met on a dating app. He takes each one to the same restaurant and it’s a fascinating exploration of what the dating scene is like in a fast-paced city like New York.

New York, I Love You is a loving homage to the city that never sleeps and features barely any of the show’s main cast. Instead it tells stories of the people that help New York run like clockwork and it’s a wonderful episode. It highlights the show’s unique heart and ability to make you connect with the material, regardless of the characters you see on screen.

The standout episode though is Thanksgiving, which Ansari co-wrote with Lena Waithe who plays Denise in the show. The episode focuses on Denise’s difficult relationship with her family over success Thanksgiving meals. It sees the character coming to terms with her sexuality when she was younger and the gradual acceptance from her family as she gets older. It’s deeply moving and one of the best episodes of TV I’ve ever seen.

Master of None season 2 does plenty to move Dev’s story along too but the second season is much more about the people around him. I really liked the switch in gears and I thought season 2 reached even higher highs than the flawless season 1. Across the 10 episodes, Master of None makes you laugh, cry and most importantly feel. Few shows have the incredible heart this show does and I really hope a season 3 is coming very soon.