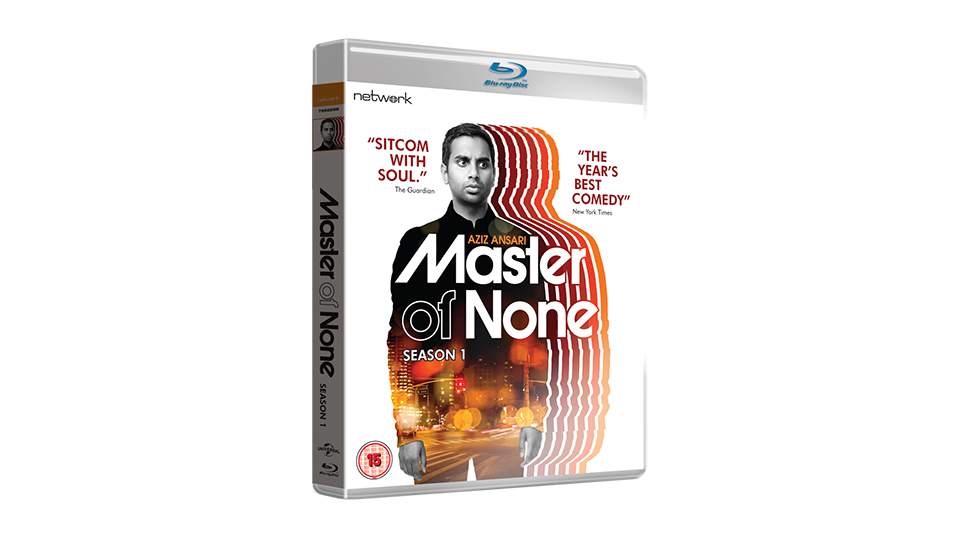 As he sweeps across Europe as part of his Road To Nowhere European Tour, Network Distributing are pleased to announce that Season 1 of Aziz Ansari’s Netflix series Master of None is to Blu-ray and DVD on Monday 29th April 2019 via Network Distributing.

Created by Aziz Ansari and Alan Yang, Master of None became an immediate global hit when it launched in 2015 and was named “the year’s best comedy” by the New York Times winning numerous awards and nominations – including an Emmy for Outstanding Writing in a Comedy Series and a Golden Globe for Ansari’s performance as Dev Shah, a 30-year-old trying to jump-start his acting career and elevate his dating game with help from his eclectic group of friends.

Set in New York this clever, charmingly offbeat comedy innovatively explores important cultural topics – navigating through identity, race, gender and diversity as well as the delights that can be found in food!

This contemporary and hugely relatable comedy series will have you laughing and crying into your pillow!

To celebrate the release we have 3 copies of Master of None: Season 1 on Blu-ray to give away. Enter below for a chance to win…

In this article:Aziz Ansari, Master of None, Network Distributing