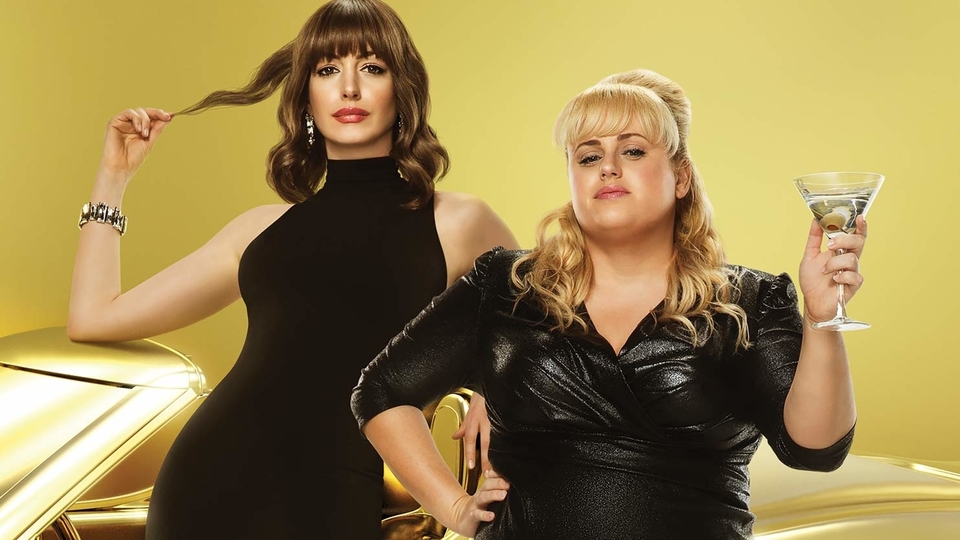 Dirty Rotten Scoundrels is a comedy masterpiece and a film that’s endlessly watchable. The 1989 caper starred Sir Michael Caine and Steve Martin as con-men who make a high-stakes wager to get the other one to leave town. This in itself was a remake of the 1964 Marlon Brando/David Niven film Bedtime Story. Dirty Rotten Scoundrels always makes you laugh – even through multiple viewings – and has stood the test of time exceptionally well. It’s even been translated to the London stage for a sold-out season of shows, with the Dirty Rotten Scoundrels musical managing to evoke the same spirit of the film for an enjoyable ride in the theatre. The Hustle is the latest of a worrying trend of regurgitated movie remakes that thinks that a gender-swap is all it needs to become a box-office hit. The Hustle is a complete failure that misses the point on practically every level.

The story mirrors the original. A loud and brash con-artist named Penny (Rebel Wilson) finds herself heading to the South of France to find a fresh crop of marks to financially exploit. The only problem is that this is the hunting ground of refined fraudster Josephine Chesterfield (Anne Hathaway), who does not want or need the competition. So a wager is set, with the loser having to leave for good because this town isn’t big enough for both of them.

Remakes are here to stay. I don’t like them but I understand that we live in a time where they are deemed important to the Studios who are devoid of fresh ideas. There are of course the odd exceptions that break the mould and become stand-out movies in their own right, but generally speaking all remakes end up as inferior imitations of what’s come before and sadly that is exactly what The Hustle is.

Anne Hathaway tries really hard here and she is entertaining for the most part, but desperately needed a sharper script to work off. Rebel Wilson has sadly not lived up to her potential and she seems to peddle the same routine in all of her movies now which is a real shame. Wilson acts as a producer on the film too so I thought that this would have injected some much needed energy into the film but sadly she relies too heavily on tired gags and her uninspired routine that we’ve seen played out numerous times before.

Of the supporting cast, only Ingrid Oliver really makes an impression but she is woefully underused. Casper Christensen’s cameo raises a chuckle. Alex Sharp is ok, but again, could have been used more. And why is Brit comedy favourite Chris Addison wasting his time directing this fodder after working on such great projects like Veep and Trying Again?

On the subject of gender-reversed films, is there an actual call for these? Who is the film made for? Why not just make a female-led con-artist film that has some fresh ideas and some desire to do something different? If you’re looking for that movie then may I point you in the direction of the brilliant Heartbreakers – the Sigourney Weaver/Jennifer Love-Hewitt movie from 2001 is exactly what The Hustle should have aspired to be. And have I missed an assumption that Dirty Rotten Scoundrels in some way undermines the role of women? Because anyone who knows that film knows that the leading men are just as clueless as their marks when the finale eventually comes around.

A lack of understanding on the fundamentals of comedy is The Hustle’s biggest failing. Gags are left hanging in the air thanks to poor set-up and absolutely no emotional attachment – something that just didn’t happen in Dirty Rotten Scoundrels. Just watch the original and save yourself the money – this is a very disappointing affair that should have tried a lot harder. Heck, even a scene for scene remake would have been better than this mess, because every attempt to update the gags just fall flat and lack nuance.