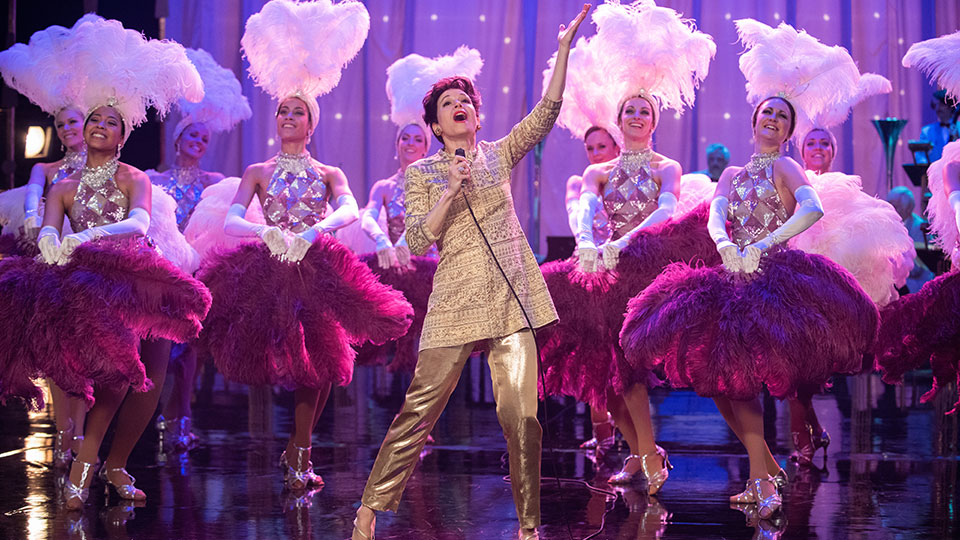 The first trailer has been released for upcoming Judy Garland biopic Judy by Pathé.

Winter 1968 and showbiz legend Judy Garland arrives in Swinging London to perform in a sell-out run at The Talk of the Town. It is 30 years since she shot to global stardom in The Wizard of Oz, but if her voice has weakened, its dramatic intensity has only grown.

As she prepares for the show, battles with management, charms musicians, and reminisces with friends and adoring fans, her wit and warmth shine through. Even her dreams of romance seem undimmed as she embarks on a courtship with Mickey Deans, her soon-to-be fifth husband.

And yet Judy is fragile. After working for 45 of her 47 years, she is exhausted; haunted by memories of a childhood lost to Hollywood; and gripped by a desire to be back home with her kids. Featuring some of her best-known songs, the film celebrates the voice, the capacity for love and the sheer pizzazz of “the world’s greatest entertainer”.

Judy is directed by Rupert Goold who says about the film:

“I had always wanted to make a film that explores great performance and its cost. The most fertile ground for such exploration seemed to be at the end of a lifetime of performance. For over 40 years Judy Garland had laughed and loved and entertained no matter what life threw at her, and her public adored her for it. But she paid a price in a childhood lost to Hollywood, an emotional exhaustion and a yearning for a “normal” life beyond the rainbow. It is a powerful and moving story that I hope will inspire new audiences to discover Judy Garland’s joyous legacy.

I felt Renee was uniquely qualified to play Judy. First, because she is a great, Oscar-winning dramatic actress. Second, she is a wonderful comedienne. And third, I knew from CHICAGO that she could sing. I made it clear to Renee that I wasn’t looking for an impersonation of Judy Garland’s inimitable voice, but what I wanted was for Renee to make the songs her own and this she did to thrilling effect.”

Take a look at the poster for Judy:

Judy will be released in UK cinemas on 4th October 2019.

In this article:Judy Garland, Renee Zellweger