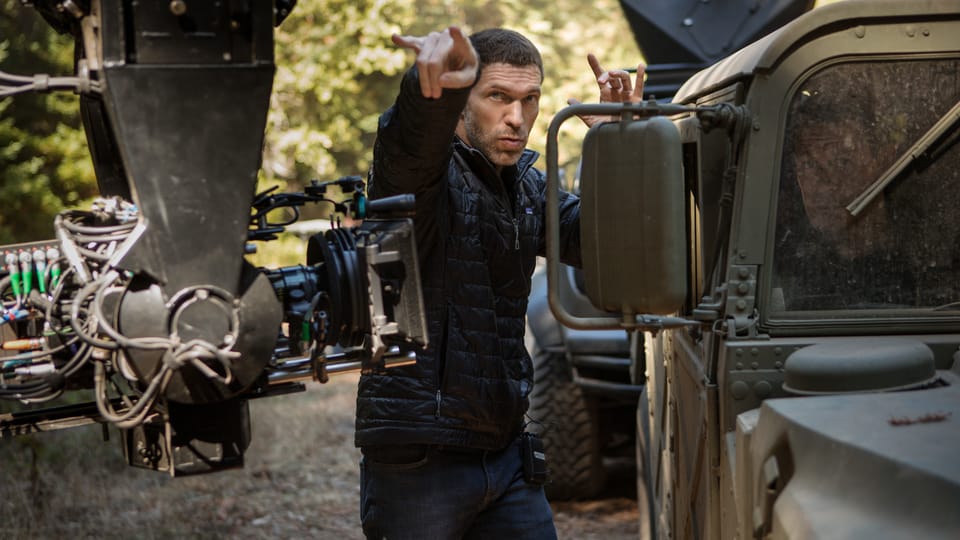 Bumblebee, the Transformers origin story about everyone’s favourite yellow VW bug, is finally coming to home entertainment platforms. You can get the Digital release now, with the 4K Ultra HD, Blu-ray and DVD hitting shelves on 13th May, from Paramount Home Media Distribution. To celebrate the release, we caught up with the director of Bumblebee Travis Knight to discuss all things Transformers.

Travis Knight is the current president and CEO of Laika, the ground-breaking animation studio responsible for the likes of The Boxtrolls, ParaNorman and the critically-acclaimed Kubo and the Two Strings (which he also directed). With a strong history in proper storytelling, Knight was the perfect person to breathe new life into the Transformers cinematic universe.

Check out our review of Bumblebee

This prequel movie looks at what happened to Bumblebee in the early years. On the run in the year 1987, Bumblebee finds refuge in a junkyard in a small Californian beach town. Charlie (Hailee Steinfeld) is a teenager on the cusp of turning 18, and who is trying to find her place in the world. She discovers Bumblebee, battle-scarred and broken. When Charlie revives him, she quickly learns that this is no ordinary, yellow VW bug.

Here’s what Travis had to say about making the movie, working with Hailee Steinfeld and putting together that awesome 80s soundtrack.

Congratulations on the movie, I loved it. What was your first introduction to Transformers growing up?

My first introduction was the animated series in the 80s – the mini-series in fact, and I saw that before I saw the toys and comic books (which I devoured later!). But the animated series was something that absolutely blew my mind and I’d never seen anything like it. To think that these characters that I loved over 30 years ago and now I get the opportunity to tell a story about them is a dream come true really.

So how did this lead to you becoming a director of a Transformers movie?

Well, Paramount and the producers reached out to me after my last film Kubo and the Two Strings, and I was as surmised as anybody that they wanted me for a Transformers film! But the more I spoke with them, the more I understood that they wanted to take this franchise ina different direction and to explore different aspects of these characters. That was really exciting to me because I’ve known these characters for forever, and the idea that I could tell one of their stories – an origin story in fact about Bumblebee – it was a real thrill… to set the film in the same era of when the Transformers were born and what makes him tick.

That’s one of the things I love, was getting to know characters and dive into their stories to find out who they are, and eliciting emotion from their stories. This was an opportunity to do that – to tell a Transformers story that had spectacle and action and tons of adventure and fun, but with a really deep, rich emotional core at the centre. That was something that was really thrilling.

On that subject, how would you class Bumblebee – a prequel, sequel, soft sequel…?

Haha, oh I don’t know… those are labels that get banded around but for me, I just wanted to tell a story about one character so I see it as an origin story and a standalone thing – you can watch this not knowing anything about the Transformers and have a great time, but if you’re a fan, and a fan of Michael (Bay)’s films or the animated series then there are plenty of layers and easter eggs that you can enjoy.

Hailee Steinfeld was fantastic in Bumblebee. Can you talk a little about how she was to work with and what she brought to the role?

Hailee is extraordinary! When I first sat down with the producers and told them my vision for the film there was only one name of an actor that left my lips and that was Hailee Steinfeld. I knew that if we were going to have this extraordinary girl at the centre of the film then it could only be Hailee – she is the only person I could think of that could bring that character to life in a meaningful way. She’s incredibly gifted, is fearless, she can break your heart and lift your spirits. It was a real thrill to collaborate with her to bring this character to life.

You’ve directed animated and live action – I was wondering if there are any fundamental differences for you in terms of your approach?

Yeah, a lot of the processes are similar from animation to live action, but there were aspects of live action that I’d never done before. I think a part of it is the speed because it works at a far quicker pace, so you have to be nimble. One of the things you bring to animation is a real discipline and thought because you can’t waste any resources because it takes so long, and is so expensive and slow so you can’t have any wasted effort.

In live action the speed is so much quicker but you can experiment much more – that ability to play around and cover more things and to really find different layers to the story. It gave us a different dimension. There was tons of energy and pressure on-set, but in those moments when something unexpected happens on a live-action set, that’s where the magic really happens.

I have to mention the 80s vibe which is fantastic, and you’ve got an amazing soundtrack there – I want to know, are those song choices yours?

Do you have a favourite?

I’m a child of the 80s and I love all of that music. Probably my favourite song in the whole film is Bigmouth Strikes Again by The Smiths. I love that band and I love that song… it’s really the first song that you hear in that film. It felt very appropriate for a lot of metaphorical reasons! But yeah I think the soundtrack is great and it’s such a rich vein to tap into – 80s music from Pop and Rock to Rap and everything in-between. We explore all of those genres and it does give rise to emotion and nostalgia when you hear those songs – it takes you back to a certain time and place.

Bumblebee is available now on Digital and 13th May on 4K Ultra HD, Blu-ray and DVD on 13th May, from Paramount Home Media Distribution.