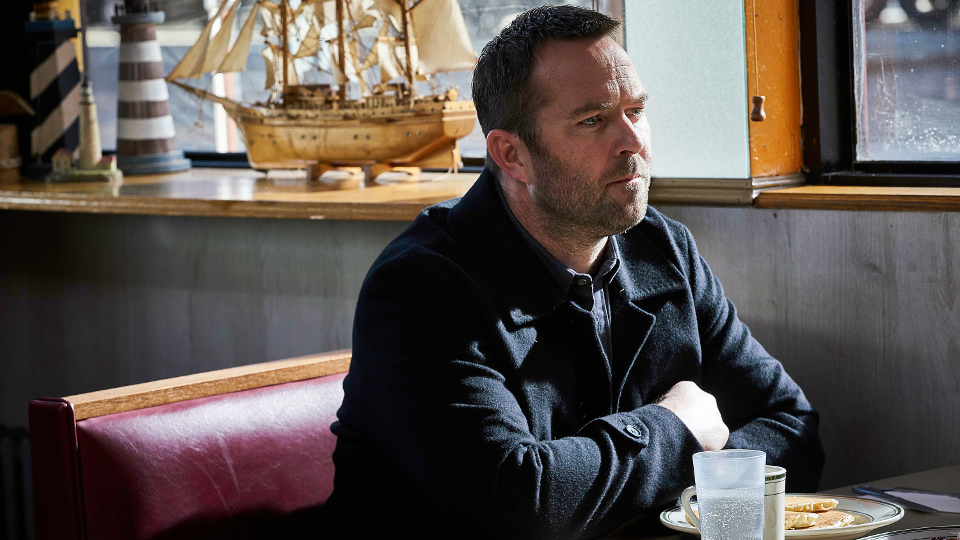 On the latest episode of Blindspot, the team had to deal with a potential nuclear threat from space.

The episode opened up at an office party at a company called EVC. The party was raided by security forces who confiscated the attendees electronic devices due to a data breach.

The data breach gave Patterson (Ashley Johnson) a new tattoo hit. She discovered that files were taken in the data breach related to a classified project. It turned out that the project was a secret satellite that was armed with nukes. The files that were taken were the missile launch codes.

They ran a search on the confiscated devices to try and work out who had stolen the data. None of the devices came up as a match. The evidence highlighted a man named Evan Myers (Gabriel Olds), a senior VP who attending the party with his wife Scarlett (Elizabeth Mitchell) and their son Thomas (Peyton Lusk). Evan had gone on the run with his son who had a high-tech insulin pump capable of storing data.

Zapata’s (Audrey Esparza) CIA contacts picked up chatter from the Russian’s about the satellite. The team presumed that Evan was working with them but he turned up on CCTV at a petrol station where he was shot by a Russian agent identified as Nikolai Berlinsky (Mariusz Kubicki). Thomas managed to escape and called his mom who arranged to meet him.

The team found out that Nikolai had actually been meeting with Scarlett. They realised that Evan had just been trying to protect Thomas. Evan was critical in hospital after his surgery but they decided to use Ritalin to wake him up early. It worked and they were able to find out where Scarlett was meeting Thomas. After taking out the Russian agents they were able to apprehend Scarlett and rescue Thomas who was reunited with his father.

Meanwhile, Jane (Jaimie Alexander) and Weller (Sullivan Stapleton) headed to Pennsylvania. They were there to question Weller’s mom Linda (Lisa Emery) to find out about her relationship with Shepherd. It was a tough experience for Weller who had broken contact with his mother. He blamed her for his past and told Jane that she was an addict who abandoned her kids. She knew Shepherd as Ellen and Jane realised that she had been used to gain intel on her son.

While visiting Linda, they came across a gang who wanted to speak with her. Weller couldn’t believe his mom was still getting into trouble but he warned them off by flashing his FBI badge. Linda explained that she had been addicted to OxyContin and one of the gang was a drug dealer who kept her supplied. She hadn’t been able to pay him and he was chasing her for $100,000.

Linda was taken back to the FBI for further questioning and protection. Jane later spent the day with her at their apartment where she discovered more about Linda’s past and the choices she’d made. She later explained these to Weller who was shocked to find out that his mother wasn’t as bad as he thought. He paid her drug debt and checked her into rehab in the hope she could make a fresh start.

Elsewhere in the episode, Patterson and Rich (Ennis Esmer) discovered that their old hacking buddy, Kathy (Heather Burns), from their ‘Three Blind Mice’ team was released from prison on good behaviour. As soon as she was out she was straight back to her old ways and hacked a bank. Reade (Rob Brown) confronted Patterson and Rich and told them to sort it out.

They followed the clues which led them to an address. There they found Kathy who appeared delighted to see them and spoke of getting the team back together. She also revealed that she was getting married and even had outfits ready for them to try on. They eventually tried to bribe Kathy and paid her $400,000 to promise to stop hacking and keep their identities secret. Patterson even lied to Reade about what happened and said they couldn’t find her.

At the end of the episode, Reade and Zapata flirted and ate noodles together as his apartment. Kathy’s husband-to-be was revealed to be Dominic Masters (Chaske Spencer). She’s obviously no idea who he really is and that he’ll be planning to take advantage of her skills to complete the Helios plan.

Can’t wait for the next episode? Read our Blindspot 4×20 Coder to Killer preview.