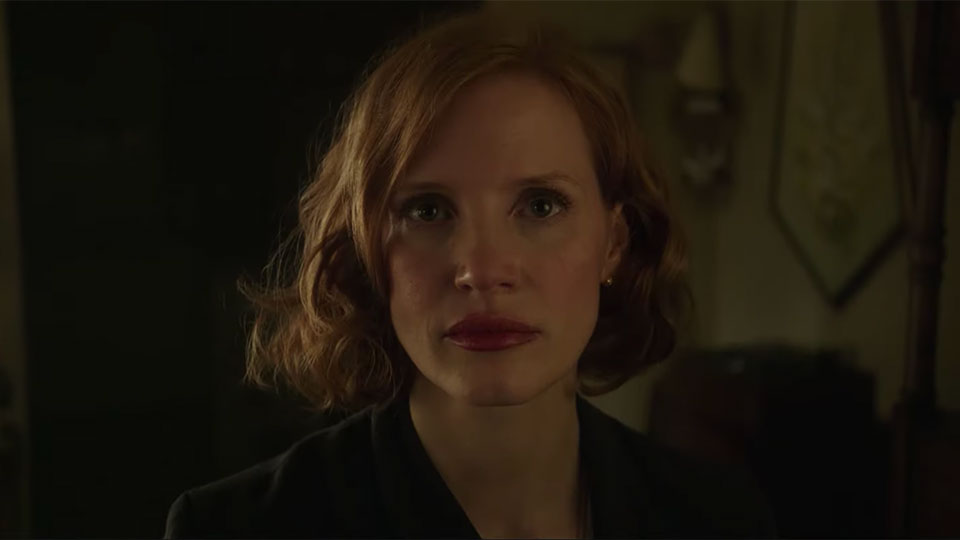 The wait is finally over and fans can finally get their first look at IT Chapter II.

In the newly released trailer a grown-up Beverly (played by Jessica Chastain) pays a visit to the house she used to live in. A kind old lady lets her in for a chat and to look around but it doesn’t take long for Beverly to suspect that something’s not quite right…

The follow-up to 2017’s massive worldwide box office hit IT, which has grossed over $700 million globally, IT Chapter II brings the Losers Club back together as adults, nearly three decades after the events of the first film.

Andy Bean (Allegiant) plays Stanley, and reprising their roles as the original members of the Losers Club are Jaeden Martell as Bill, Wyatt Oleff as Stanley, Sophia Lillis as Beverly, Finn Wolfhard as Richie, Jeremy Ray Taylor as Ben, Chosen Jacobs as Mike, and Jack Dylan Grazer as Eddie.

IT Chapter II is directed by Andy Muschietti from a screenplay by Gary Dauberman (IT) based on the novel IT by Stephen King. Barbara Muschietti, Dan Lin and Roy Lee are producing the film. Marty Ewing, Seth Grahame-Smith and David Katzenberg are the executive producers.

The film will open in cinemas and IMAX in the UK on 6th September 2019.

Advertisement. Scroll to continue reading.
In this article:IT, IT Chapter II, Jessica Chastain