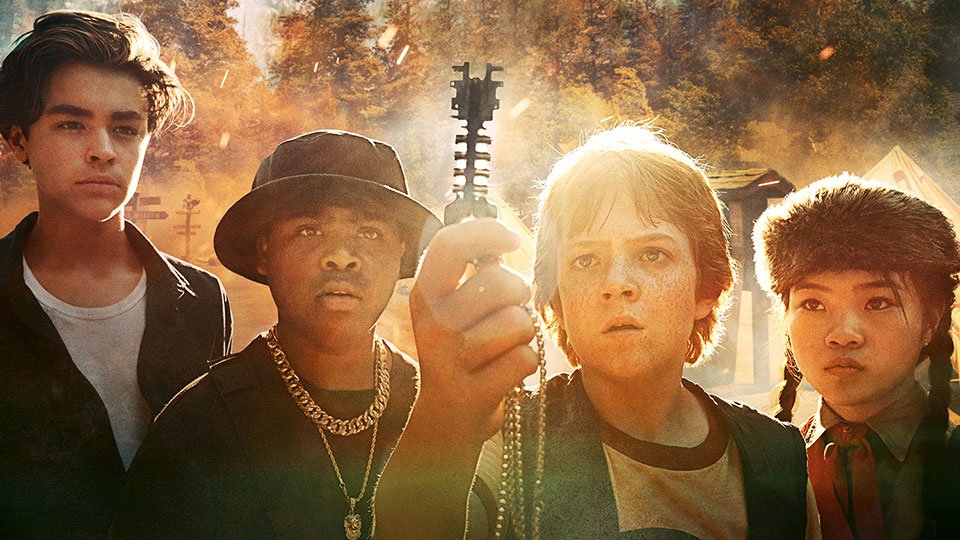 The trailer and key art have been released for Netflix‘s upcoming alien invasion film Rim of the World.

The film stars Jack Gore, Miya Cech, Benjamin Flores Jr. and Alessio Scalzotto, and looks like Stranger Things with an alien twist. Watch the trailer below:

Four misfit campers must band together and conquer their fears in order to save the world during an alien invasion. Summer camp at Rim of the World has barely begun when four misfit teenagers – Alex, ZhenZhen, Dariush, and Gabriel – find they’ve got bigger problems to face than learning how to canoe and climb ropes when aliens suddenly invade the planet.

Alone in a campground once teeming with people, the kids are unexpectedly entrusted with a key that carries the secret to stopping the invasion. Without any adults or electronics to help guide the way, it’s clear what they must do: band together, conquer their fears, and save the world.

Rim of the World is an epic action-adventure directed by McG (Charlie’s Angels). It features a screenplay by Zack Stentz.

Take a look at the key art for the film below:

Advertisement. Scroll to continue reading.
In this article:Netflix, Rim of the World