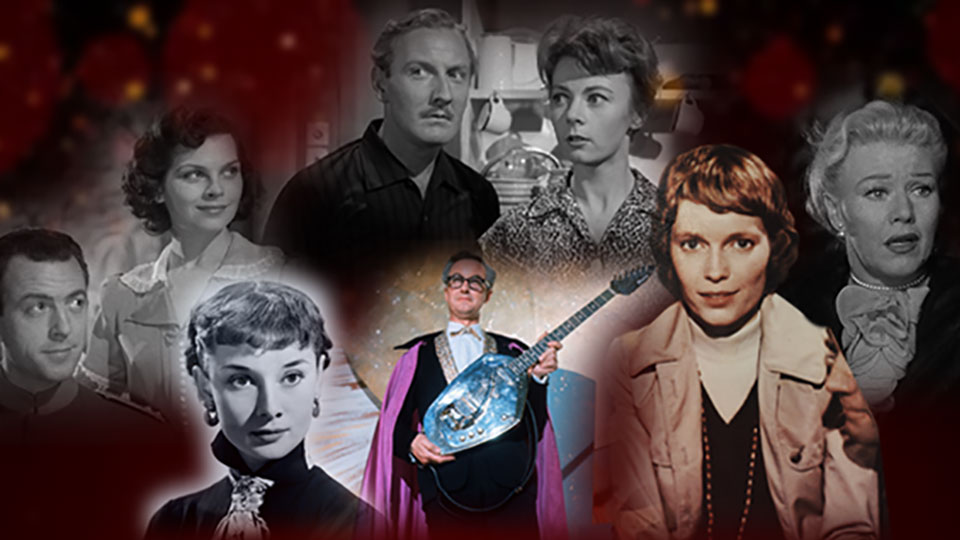 The British Film: Phase II continues courtesy of Network Distributing and we’ve got an exclusive trailer to whet your appetite about all the titles on offer.

Launching earlier this year, the label of Blu-rays and DVDs included classic television spin-off feature films The Likely Lads, Sweeney! and Till Death Us Do Part. Take a look at what’s coming up:

Highlights include Ginger Rogers in the tense British film noir Beautiful Stranger, Audrey Hepburn gets her big break in Secret People and Mia Farrow and Topol trail each other round London in the first ever home-entertainment release of Carol Reed’s unfolding Follow Me.

European charm is delivered in the form of Norwegian screen siren Greta Nissen who dazzles in romantic spy drama On Secret Service, while British acting clout is presented by Stanley Baker, making his screen debut in wartime drama Undercover (also co-stars in Beautiful Stranger), Leslie Phillips and Geraldine McEwan in rib-tickling comedy No Kidding, and Kenneth Connor, Lulu and Tommy Steele in swinging 60s psychedelic music films Gonks Go Beat and It’s All Happening which feature a host of musical talent including The Graham Bond Organisation and John Barry.

With The British Film Network proudly re-presents the UK’s cinematic heritage as brand-new transfers from the original film elements and lovingly introduces classy packaging that reflects the original, iconic poster artwork of these vintage films. For most this will be their HD Blu-ray debuts and many will excitingly be available on VOD platform Amazon Prime.

Network continues to solidify their status as the ultimate destination for vintage British film. To see a list of titles already available on The British Film label please visit – www.thebritishfilm.co.uk.

Advertisement. Scroll to continue reading.
In this article:Network Distributing, The British Film