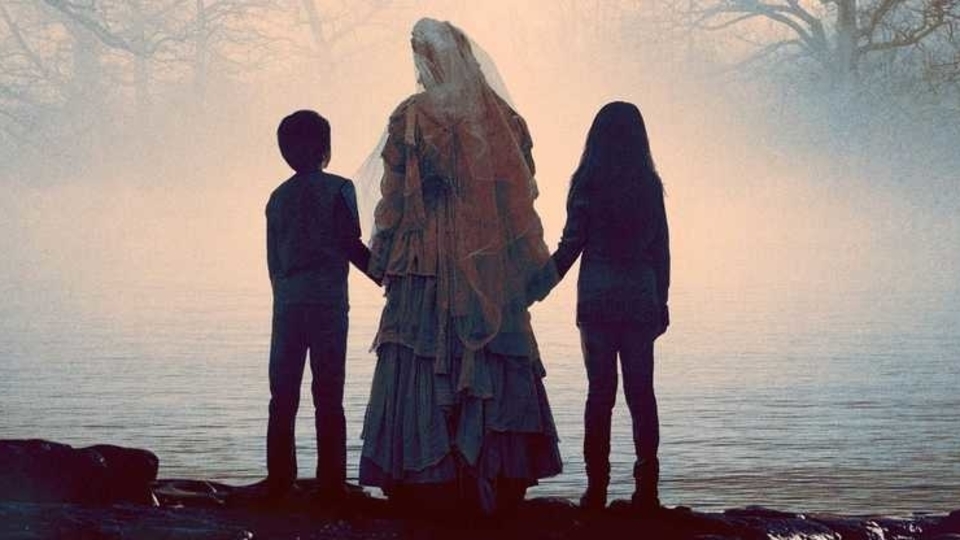 The Conjuring universe of films have managed to scare the global box-office into some big numbers, so it’s inevitable that the franchise looks to branch out and keep the fright-train moving. This story updates the tale of the Weeping Woman and brings it to 80s America, as community case-worker Anna Tate-Garcia (the brilliant Linda Cardellini) investigates a woman named Patricia Alvarez (Patricia Velasquez) who has been keeping her kids under lock and key. When the kids are ‘rescued’, a ghostly force know as La Llorona (Marisol Ramirez) pursues them, and soon sets her deathly sights on Anna’s own children too.

After The Nun seriously disappointed, I wasn’t expecting much from La Llorona and it sadly delivered. There was potential here to do something memorable, but the brisk 93min runtime doesn’t allow enough time for us to care for any characters bar Linda Cardellini’s Anna. Cardellini is frequently the best thing in all of her movies and I still feel that she’s short-changed in Hollywood. A natural talent onscreen, Cardellini keeps you invested in the storyline here and does all of the heavy lifting. Her character’s back-story was interesting and the inclusion of her late husband’s partner Detective Cooper (Sean Patrick Thomas) really should have been mined to give more emotional depth to the family, but this goes begging.

The kids in the film, Jaynee-Lynne Kinchen and Roman Christou, do ok but the script lets them down frequently by making them do really silly things just to get a cheap scare. Granted this is a horror and the genre has been built upon the foundations of people doing silly things, but even with that said some of their choices in the film are just baffling, especially one involving Anna’s daughter trying to get a toy back from a off-limits area, literally just after witnessing the horror of what would happen if she does retrieve it.

This is film full of loud-bang scares which is a shame because it could have been really creepy with a bit of care and attention. Instead, it’s just by the numbers jumps that you cans ee coming a mile off. It also doesn’t help that a lot of the scares have been used in the film’s marketing so there weren’t that many good surprises to be found.

It’s not all doom and gloom though – the start of the film is quite effective, as is a scare involving a hospital corridor and a cracked mirror. These work best because the impending terror is left in the shadows. Too many scares in The Curse of La Llorona are too clear and visible to evoke anything but a jump but the start of the film does have a few neat tricks. It was also good to see a scare in a vast open space, as one of Anna’s kids wanders off near the scene of a crime and is first confronted by the weeping woman.

The Curse of La Llorona could have been a competent addition to The Conjuring Universe but instead it’s one of the weaker offerings that should have tried a bit harder. The roots of the legend of the weeping woman should have been explored in far greater depth and tonally, the inclusion of Raymond Cruz as ‘maverick’ rebel exorcist Rafael Olvera injects comedy into the wrong moments which affects the immediacy of the final act.

Cardellini gives the film an extra star, and it’s good to see Tony Amendola return as Father Perez (even if his character always seems woefully unprepared for what’s about to happen). I can’t see a sequel coming for this but if you like these sorts of horrors, it will deliver just what you need. If you’re looking for something that will stay with you, you’re better off revisiting some of the earlier Conjuring movies.