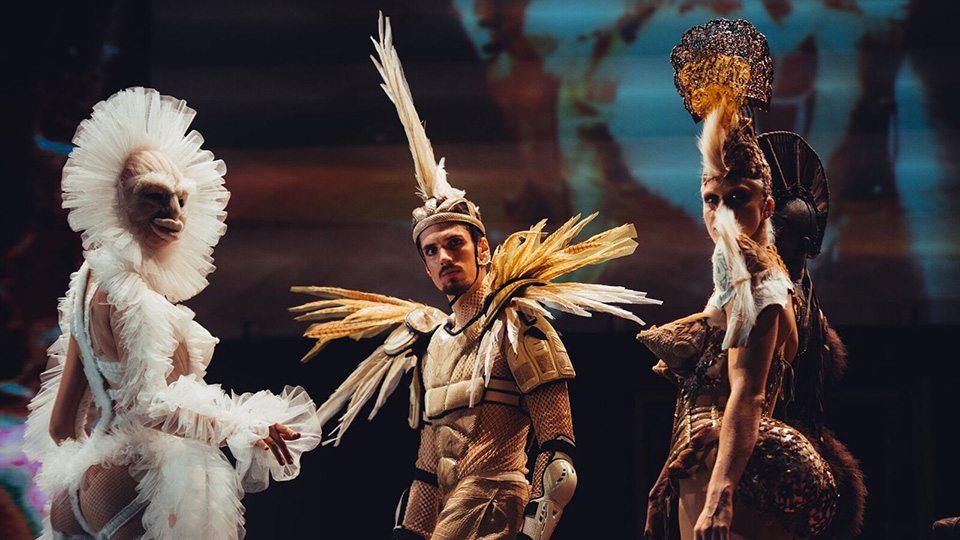 Jean Paul Gaultier will bring his new show Fashion Freak Show to the Southbank Centre for its UK premiere this summer.

The production, which is a combination of a revue and fashion show, will will play Southbank Centre’s Queen Elizabeth Hall from Tuesday 23rd July for 13 performances only. Fashion Freak Show is currently playing in Paris at the iconic Folies Bergère.

In this extraordinary production, actors, dancers and circus artists take to the stage and play outlandish, passionate, larger than life, rude, sexy, sassy creatures and personalities.

Set against the backdrop of a giant video wall, a key part of the production features vignettes of special guest stars – including a number of Gaultier’s long-term, iconic supporters and friends. Rossy de Palma plays the young Gaultier’s unforgiving schoolteacher, who harbours secret fashion fantasies of her own, while Catherine Deneuve reads out the hysterical names that Gaultier gave the creations in his fabulous men’s couture show of the early ’90s.

As author, director and costume designer, Jean Paul Gaultier takes a look at our times in both an extravagant and tender way, and invites us behind the scenes into his world filled with excess, poetry and magic.

From his childhood to his early career, from his greatest fashion shows to the wild nights in Le Palace or London, Jean Paul Gaultier shares his journal of the times and pays tribute to those who have inspired him in film (Pedro Almodovar, Luc Besson), music (Madonna, Kylie Minogue, Mylène Farmer) and dance (Régine Chopinot, Angelin Prejlocaj).

In the show, conceived like a grand party, Jean Paul Gaultier will surprise us yet again. He has designed hundreds of new exclusive outfits, incorporated within an exuberant set – without forgetting to invite his most iconic creations!

For the production, Gaultier has collaborated with actress, scriptwriter and director Tonie Marshall, who co-directs the show, and choreographer Marion Motin (Madonna, Christine and the Queens).

Jean Paul Gaultier said, “I am honoured that my Fashion Freak Show will premiere at Southbank Centre. London is dear to my heart and a constant source of inspiration. I have been coming here since my youth and have been greatly influenced by British music, theatre and cinema throughout my career from the Rocky Horror Show through Punk and New Wave and I keep coming back. I hope that audiences will enjoy the show as much as I did creating it.”

Rupert Thomson, Senior Programmer for Performance and Dance, Southbank Centre, said, “Jean-Paul Gaultier is an idiosyncratic visionary, and his Fashion Freak Show comes with all the quirkiness, sexiness, French-ness and brio of the man himself. We are delighted to be presenting this run at Southbank Centre direct from its triumphant opening at the Folies Bergère in Paris, to give London audiences a chance to encounter, live, the great good fun, genius fashion, and raucous influences of Gaultier’s life.”

Tickets are on sale now from http://www.southbankcentre.co.uk.