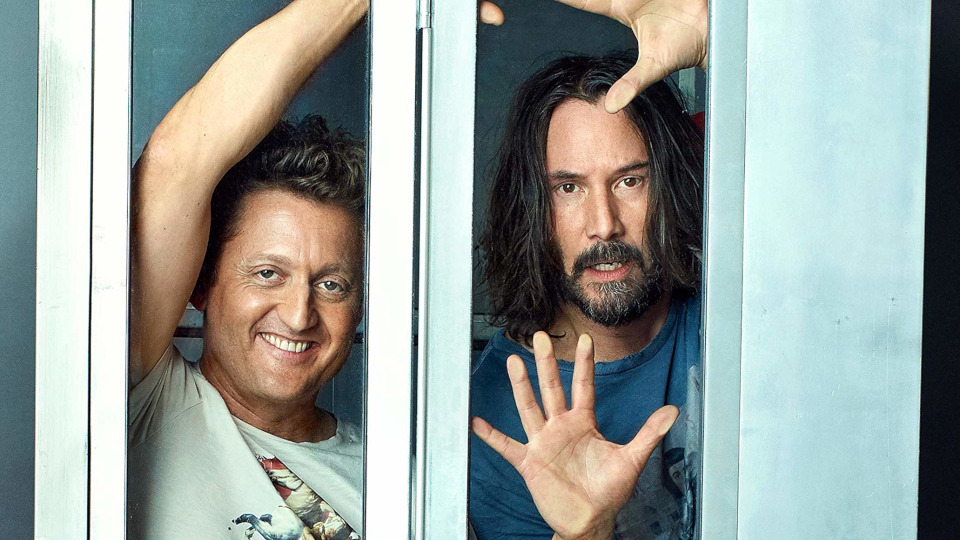 It was recently confirmed that there will be a new Bill and Ted movie hitting screens in 2020, all I can say to this is excellent!

For those of you not old enough to remember the first two movies, they follow the aforenamed Bill and Ted on their mission to unite the world through excellent rock music. The only problem is their band Wyld Stallyns absolutely suck and can’t play a note between them. What ensues is a time travel escapade, guided by Rufus, their mentor from the future, as they try to learn to play their instruments, dodge the Grim Reaper and fulfil their destiny.

Bill and Ted 3 Face the Music catches up with the guys 30 years on and they still haven’t been able to write that crucial song.

“Following 1989’s Bill & Ted’s Excellent Adventure and 1991’s Bogus Journey, the stakes are higher than ever for Bill and Ted. Yet to fulfil their rock and roll destiny, the now middle-aged best friends set out on a new adventure, when a visitor from the future warns them that only their song can save life as we know it and bring harmony to the universe. Along the way, they will be helped by their families, old friends and a few music legends.”

You can view the announcement from Keanu and Alex below:

Bill and Ted 3, Face the Music will obviously star Keanu Reeves as Ted ‘Theodore’ Logan and Alex Winter as Bill S Preston Esquire although little of the supporting cast has been revealed so far. Rufus sadly won’t be making an appearance as sadly George Carlin has passed away but he will be referenced and honoured throughout.

The movie was written by Chris Matheson and Ed Solomon and will be directed by Dean Parisot (Galaxy Quest, RED 2, Charlie Countryman).