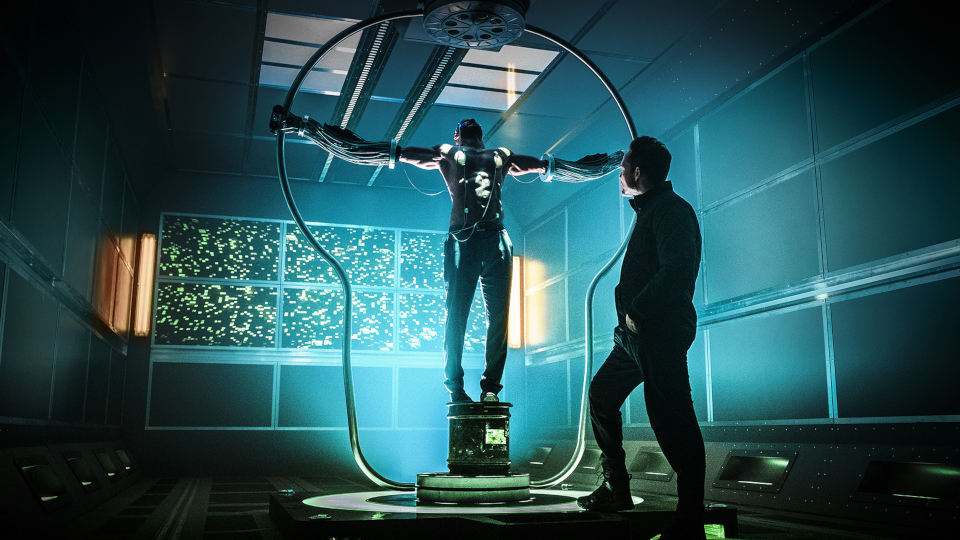 Episode 2 of American Gods season 2 has aired this week and it’s another belter. Titled The Beguiling Man we get a glimpse into the past of Shadow Moon (Ricky Whittle) and find out a bit more of what made him the man he is today.

The episode opens with Shadow being held in a high tech torture device with a man named Mr Town (Dean Winters) trying to get information on Mr Wednesday (Ian McShane). Shadow is staying silent and so the torture ensues. The torture stimulates memories of Shadow’s youth and throughout the episode, we get to meet his mother who passed away when Shadow was young.

Meanwhile, we learn that Zorya Vechernyaya (Cloris Leachman) is really dead because she has no more believers who would keep her alive.

Mr World (Crispin Glover) is trying to get Bilquis (Yetide Badaki) to use her power, love, against Mr Wednesday but so far she is refusing but we’ll have to see if she is swayed in later episodes. Tech Boy (Bruce Langley) is on the hunt for New Media (Kahyun Kim) but we don’t get to see her in the flesh.

Laura (Emily Browning) and Mad Sweeney (Pablo Schreiber), meanwhile, are trying to track down and rescue Shadow. Although the Shadow flashbacks are certainly interesting the banter between Laura and Mad steels the show for me as they are back to their old form.

In an attempt to catch up to Shadow, Sweeney utilises a shortcut through the ‘horde’ which sends them flying through time and space to land on the train where Shadow is being held captive. They casually slaughter their way through the train and manage to make it to Shadow.

At the same time, Mr Wednesday pulls his car directly into the path of Shadow’s train, enraging Mr. Nancy (Orlando Jones) so much that he stalks off, yelling, “I’ll see you in Cairo!,” as a storm comes to a head, the train hits the car, causing an explosion.