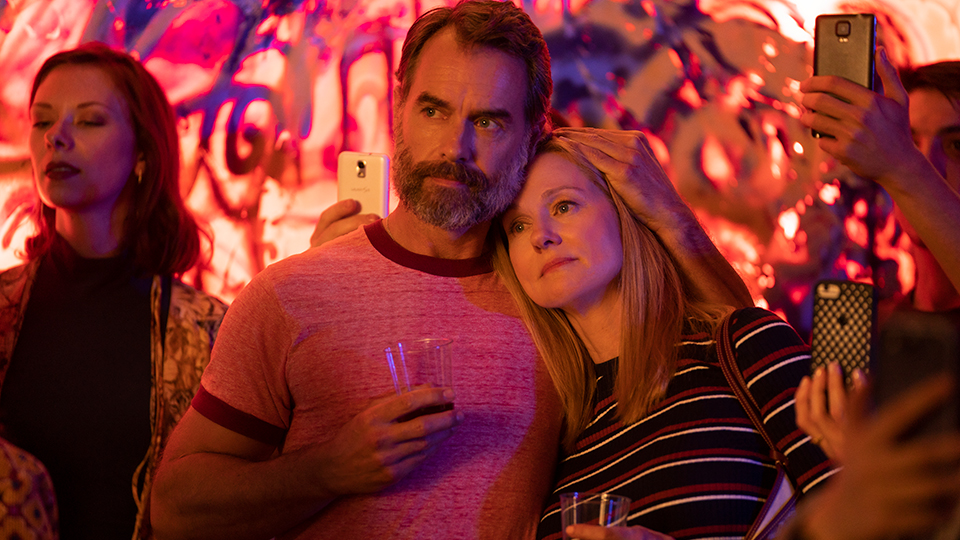 Armistead Maupin’s Tales of the City is getting a revival at Netflix and will debut on the streaming platform this summer.

18 years since the show came to an end, Netflix has revived it for a limited series. Take a look at the show’s first-look images in our gallery below:

Inspired by the books of Armistead Maupin, Tales of the City sees Laura Linney and Olympia Dukakis reprising their roles as Mary Ann Singleton and Anna Madrigal respectively.

Mary Ann (Laura Linney) returns to present-day San Francisco and is reunited with her daughter Shawna (Ellen Page) and ex-husband Brian (Paul Gross), twenty years after leaving them behind to pursue her career. Fleeing the midlife crisis that her picture-perfect Connecticut life created, Mary Ann is quickly drawn back into the orbit of Anna Madrigal (Olympia Dukakis), her chosen family and a new generation of queer young residents living at 28 Barbary Lane.