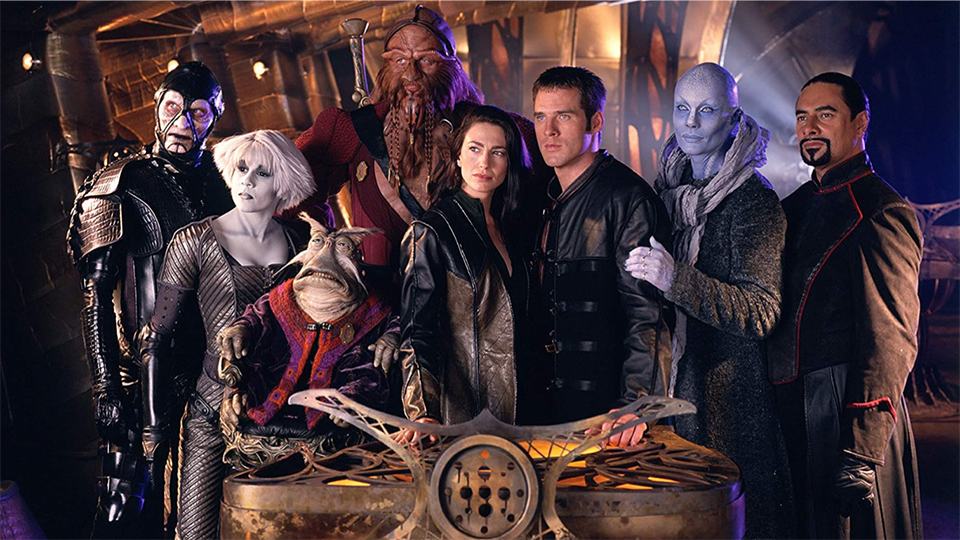 All four seasons of Farscape have been remastered in HD and made available to mark the 20th anniversary of the show.

Farscape follows astronaut John Crichton (Ben Browder, Stargate SG-1) who, during an experimental space mission, is hurled across a thousand galaxies to an alien world.

In his quest to return to Earth, he finds himself aboard a starship populated by escaping political prisoners from a variety of alien cultures. Crichton must rise to the challenge of surviving in a world he barely understands, keeping one step ahead of the pursuing Peacekeepers, a race of deadly mercenaries who will stop at nothing to capture him.

Farscape was created by Rockne S. O’Bannon (Defiance) and it was the first original series to air on SYFY. It fused live-action, digital effects, and state-of-the-art puppetry and prosthetics from Jim Henson’s Creature Shop

Throughout the coming year, fans will have multiple ways to celebrate the 20th anniversary of Farscape.