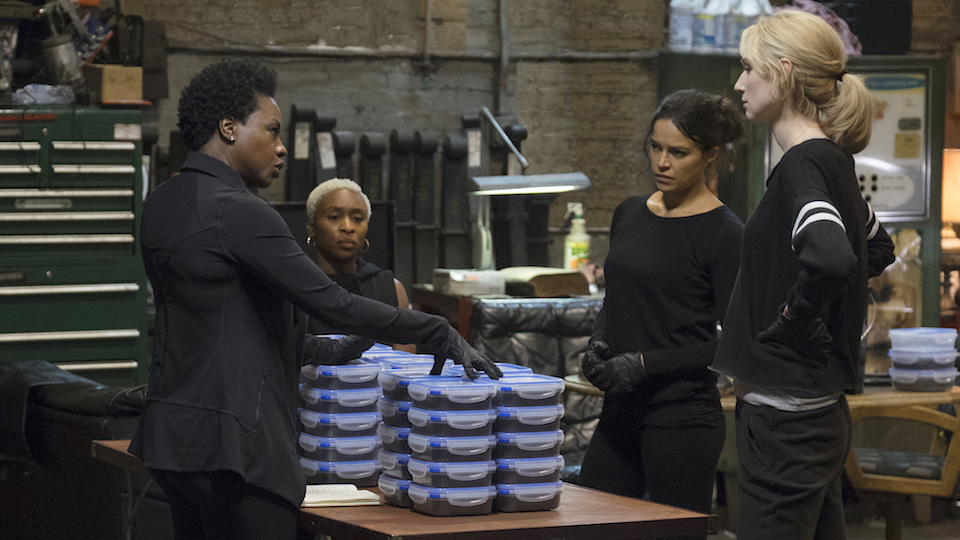 Without doubt one of the best films of 2018, Steve McQueen’s stunning ensemble heist movie Widows arrives on Blu-ray and DVD this week. This twisty, multifaceted, and stylish thriller is one of McQueen’s most accessible films, featuring incredible performances from an A-list cast, and complex social commentary on contemporary America. It is the perfect blend of art and entertainment, and a richly rewarding viewing experience.

The film begins with a heist going horribly wrong, leading to all four perpetrators being killed. The lives of their respective widows are destroyed. All from completely different backgrounds, the only thing these women have in common is the debt left behind by their criminal husbands. If they don’t pay it within one month, they are all dead.

Based on Lynda La Plante’s novel, which was adapted for UK television in the 1980s, this seems on the surface to be a strange choice for the acclaimed artist turned Oscar winning director Steve McQueen. However, in transposing the action to modern day Chicago, he uses this story to tap into many of the inconvenient realities of American society. The film becomes an ice-cold examination of race relations, political corruption, the poverty divide, religious hypocrisy, and gun violence in modern America.

Widows is like an entire season of The Wire condensed into two perfectly crafted hours of cinema. Thrilling, emotionally powerful, and with something to say that we should all be listening to. Co-written with Gillian Flynn, the script gets under the skin of all the main characters, whilst also serving up a perfect cross-section of the city of Chicago. In the film’s most memorable moment, McQueen attaches a camera to the exterior of a car and leaves it there as the car travels from a run-down project to an affluent white suburb in just a few blocks. It is a simple and stunning evocation of inequality.

But all this social commentary is for nothing if there isn’t a story to build it around. Thankfully at the heart of Widows we have a cracking plot, and some sensational performances. The four leads are incredible. Whilst trying to plan and pull off an audacious heist, each of them is working through the tremendous pain and grief of losing their husband. It’s fantastic material, and they do wonders with it.

Viola Davis, as we’ve become accustomed to, puts in a mighty performance as the de facto leader of the crew. But it is Elizabeth Debicki who steals the film with her brilliant and affecting performance. She brings a real depth and nuance to her character, finding reserves of strength and ingenuity you would never guess at when we first meet her. It’s a superbly written role, and exquisitely performed.

Elsewhere in the cast, there are phenomenal turns from Colin Farrell as a jaded politician living in the shadow of his family name. And Daniel Kaluuya is terrifying as a cold-blooded gangster doing the dirty work for his politically ambitious brother. I still don’t understand how this film, and so many of the performances within it were snubbed during this year’s award season.

Widows is an important film without ever being preachy. It never forgets that it’s a thriller and an emotional drama first. Stylish, brilliantly acted, and unapologetically hard-edged. It’s the kind of film we lament not seeing enough of anymore. Well here is one right here, and we should be celebrating it loud and clear. Widows solidifies Steve McQueen’s position as one of the most vital voices in contemporary cinema. I personally cannot wait to see what he does next.

This Blu-ray disc comes with a terrific behind the scenes documentary. Widows Unmasked: A Chicago Story is a proper making-of featurette, with exclusive on set footage, and interviews from all the main cast and crew, exploring all elements of the production. More special features like this please. There’s also an Image Gallery, and the Theatrical Trailer.