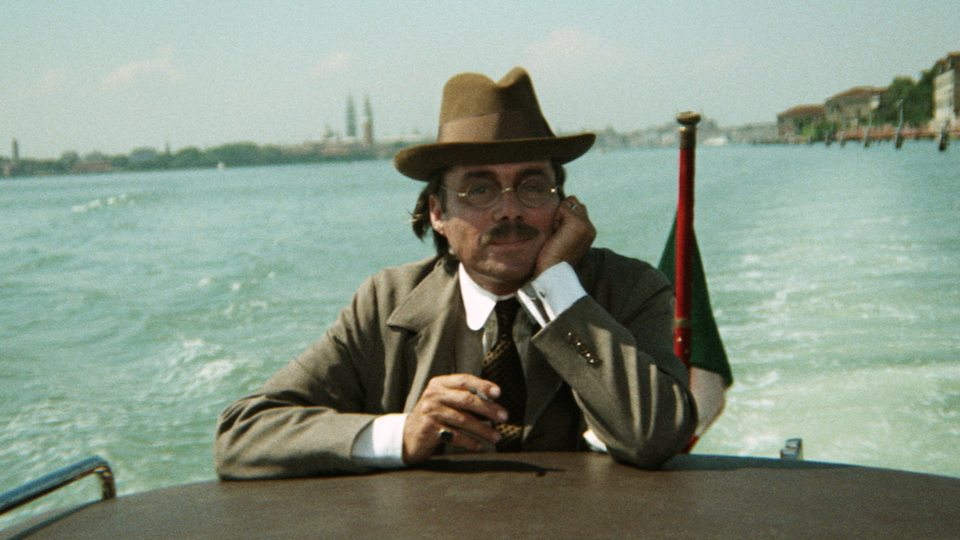 Luchino Visconti’s Death in Venice (Morte a Venezia) has been given an exquisite blu-ray release courtesy of the Criterion Collection. Lovingly restored by Cineteca di Bologna and Istituto Luce – Cinecittà, in collaboration with Warner Bros. and Criterion, and overseen by Marco Pontecorvo, a disciple of the film’s DoP Pasqualino De Santis, Death in Venice is a feast for the eyes and ears. But alas, that is all it is.

Adapted from the Thomas Mann novel of the same name, the film sees German composer (changed from a writer in the original novel) Gustav von Aschenbach (Dirk Bogarde) travel to Venice. There he encounters a beautiful teenage boy, Tadzio (Björn Andréson) with whom he becomes obsessed. As the city is slowly gripped by cholera epidemic, Gustav – haunted by the ethereal beauty of Tadzio – stays in the city so he can watch the boy from afar.

Aside from Bogarde’s moving performance of a man enraptured by beauty, but spiritually and physically decaying, very much reflecting turn of the century Venice itself, there is not much to recommend about the film. It is beautifully shot by cinematographer Pasqualino De Santis, capturing Venice in gorgeous soft-focus colour. And Visconti’s eye for sumptuous period detail is exquisite.

But it is one of the most painfully slow films you will ever see. The pace is almost funereal, and it would be remiss of any reviewer to overlook this. You could almost argue that Visconti’s decision to change Gustav to a composer was merely an excuse to drown the film in the breath-taking strains of Mahler’s Third and Fifth symphonies. So much of the film is taken up with very little happening, but underscored by stunning music. Strip that away and there’s not a lot left.

Death in Venice is not an entertaining or enthralling watch. It is the very quintessence of intellectual European art-house cinema. It may well be a film to be pored over and admired by scholars and cinephiles, but one could hardly recommend it as a pleasurable viewing experience.

However, as is so often the case with Criterion, this release comes with some excellent supplementary features. There is Luchino Visconti: Life as a Novel, a 2008 documentary looking at his career as a filmmaker, with contributions from Burt Lancaster, Franco Zeffirelli, and Marcello Mastroianni among others. The film explores his influences, themes, politics, and uncompromising style. Showing the Story is a 2018 program made exclusively for this release, with literature and cinema scholar Stefano Albertini discussing Death in Venice.

There are five featurettes about the making of Death in Venice. Alla Ricerca di Tadzio is a program from 1970 following Visconti in his search to cast the role of Tadzio. Talking about Italian Cinema is a television program from 2006 featuring costume designer Piero Tosi discussing his work on the film.

Musiques au Cœur presents a segment from a 1990 documentary about music in the films of Luchino Visconti. Visconti à Propos de Mort à Venise is a segment from a 1971 episode of Midi, showcasing Death in Venice, and discussing the themes and controversies around the film

Visconti’s Venice is a short behind the scenes documentary form 1970 made to promote the film. There’s also the original trailer, and the booklet comes with an essay from critic Dennis Lim.

‘They Who Dare’ Blu-ray review