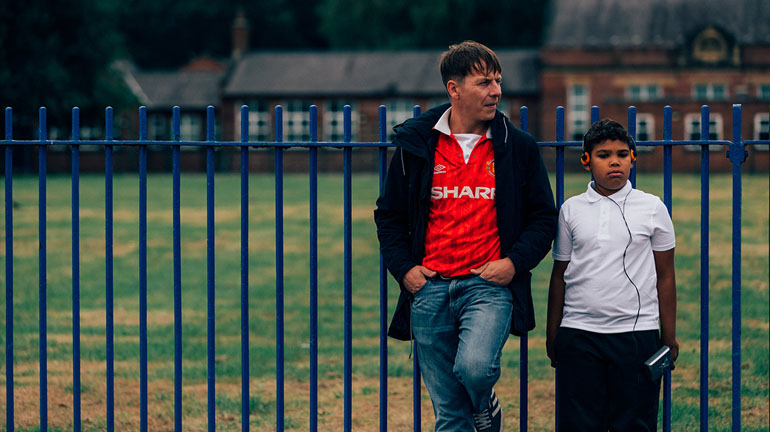 A punchy and poetic exploration of family, race, identity and love, SparkPlug is the story of a white man who becomes the adoptive father, mother and best friend of a mixed-race child.

Manchester, 1983: Dave loves Rod Stewart, Joanne and his Ford Capri. He’s all set for a new start. Only Joanne’s about to have someone else’s baby. Is Dave ready to become a Dad even though he’s not the father?

Offering a non-judgmental space in which to start a conversation, this new play from David Judge seeks to give people the chance to talk openly about these themes.

Inspired by autobiographical events and exploring the playwright’s background as an actor and spoken word artist, SparkPlug is an unflinching portrayal of real situations as it explores racism, violence and masculinity.

“SparkPlug is one of the most exciting plays I’ve ever read,” explains Director Hannah Tyrrell-Pinder. “David’s writing has an energy and potency that I have rarely experienced before. The play is bold and unflinching in its portrayal of real, flawed human beings struggling to do their best, and be their best.”